There is exciting news, for the fans who are impatiently looking forward to the grand release of Aamir Khan underlying release Dangal. For now, fans will be relaxed to hear that the trailer of Dangal will be out on 20th Oct 2016. The film unit has released Dangal trailer release on their official twitter handle. The trailer will hit all the corners of the country. Firstly it will launch at a grand event and then the across social media, at last, it will be shown in the theaters.” 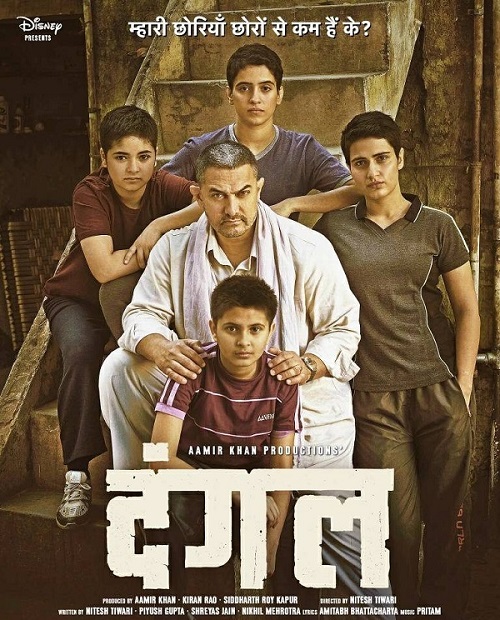 Fans have already get the glimpse of the first look of the film and its poster. Every Indian fan must be looking ahead to watch the trailer of the movie. In motive of creating hype among fans and to generate anxiety, Aamir khan has a different strategy for the trailer launch. If viewers want to know or analyze exactly what is going on in the film then they can catch the glimpse of the trailer with Ae Dil Hai Mushkil and Shivaay on Diwali. The whole intention is to remind ourselves to step back for a moment and become all set to watch the full movie with the new perception.

This upcoming 2016 sports drama film directed by Nitesh Tiwari. Produced by Aamir Khan, Kiran Rao, and Siddharth Roy Kapur. It is Written by Nitesh Tiwari, Piyush Gupta, Shreyas Jain and Nikhil Meharotra is scheduled to release on 23 December 2016. The Pritam is the music composer of the film, while lyrics are penned by Amitabh Bhattacharya. Kripa Shankar Bishnoi, a coach with the Indian women’s wrestling team, has not only trained Aamir Khan and also to the entire crew for the wrestling sequence. It stars Mr. perfectionist aka Aamir Khan portraying the role of Mahavir Singh Phogat. Sakshi Tanwar plays a key role in the film as Aamir Khan’s wife. The two young fortunate actresses Fatima Sana Sheikh and Sanya Malhotra, will essay the role of Mr. perfectionist daughters in the film.

“Dangal” in the Hindi means “a wrestling competition.” A biographical movie, Dangal is based on the life of well-known wrestler Mahavir Singh Phogat who put through the grind to teach wrestling to his daughters Babita Kumari and Geeta Phogat. Both his daughter are famous Indian wrestlers. Geeta Phogat becomes India’s first grand entry as a female wrestler who won the gold medal (55 kg) at the 2010 Commonwealth Games. At the same time, her sister Babita Kumari won the silver (51 kg).

As per the reports buzzing around the media few days back Aamir organise a screening to show the film to a few of his very close friends to know their response. According to the sources Aamir friends has also told the press that Dangal is nothing like the Salman Khan starred Sultan. After getting the feedback from friends and relatives Aamir has made few positive changes in the promotional strategies of film. Aamir Khan is one of the finest actor of Hindi cinema, known for his concept based great movies. All his movies have done an outstanding job by spreading a social message among fans. This time again thing are shaping up in different ways. The actor had to gain weight and go for grey hairs to do full justice to the role. This new movie also has social message of giving standing ovation to great Indian wrestler and to his brave daughters. Indians parents hardly encourage women child for wrestling, majority because of the uniform. This film is expected to bring changes in the orthodox society. The film has all to show people to respect and encourage wrestling as a sport.