Gopichand upcoming movie Aaradugula Bullet first look is going to be released on the eve of Diwali festival. This movie is an old project of Gopichand which was delayed due to some unknown issues. Actor Gopichand last movie was Jil which was released in 2015. The movie failed at the box office. Gopichand took a break from movies for some, and his latest movie Oxygen has completed its shooting process and is set to release in November 2016. Now his long-delayed project Aaradugula Bullet or Bullet has finally started on the floor. 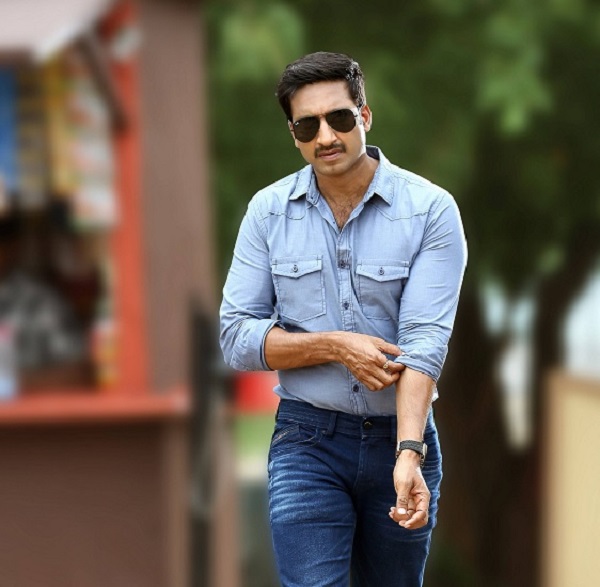 Earlier the movie was titled as Balam, but the director did not register the title officially. When the makers finally decided to launch the first look on Diwali, the Bollywood actor Hrithik Roshan has already acquired the rights of Balam title. Hrithik upcoming movie Kaabil is also being released in Telugu with Title Balam. So the Gopichand’s film team has changed the title from Balam to Bullet and now it’s finalized to Aaradugula Bullet which is a famous song from Powers star Pawan Kalyan movie Attarintiki Daredi. The filmmakers wanted to cash the popularity of Pawan Kalyan popularity and decided to change the title to Aaradugula Bullet.

The official announcement of the title and Aaradugula Bullet first look will be released on Diwali. The film is directed by B. Gopal No other details are announced yet. As per the sources, the female leading role is not yet finalized. The movie cast and crew details will be announced at the launch of Aaradugula Bullet first look on Diwali festival.