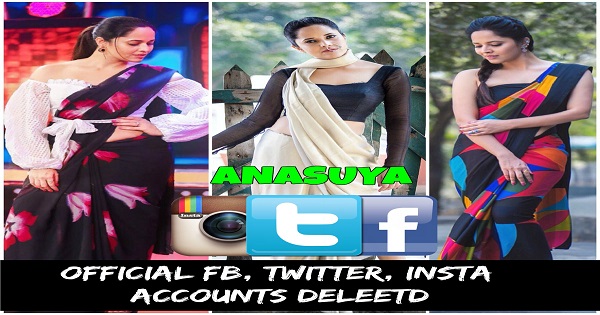 Anasuya Fans disappointed, After seeing Her facebook, twitter, Instagram account ‘sorry that page doesn’t exist’. Anchor to actress Anasuya Bharadwaj completely exists from social media accounts. Check screenshots given below, when we are trying to access her official accounts get those errors. 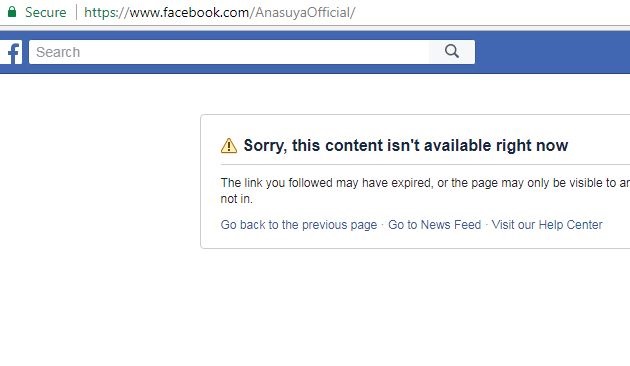 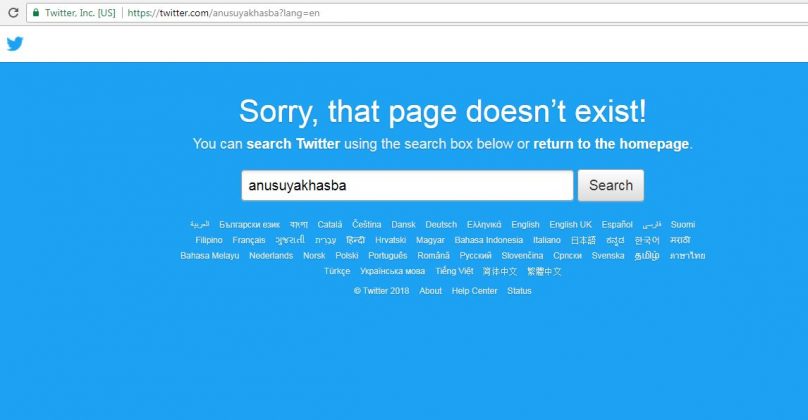