The entire Nominees List of Telugu, Tamil, Kannada, and Malayalam is now available on the official website. The selection committee will release the 64th Filmfare Awards South 2017 Winners List on 17 June 2017. This amazing event took place at Novotel and HICC Complex, Hyderabad. Many big legends from South Film Film Industry are to appear for the event. 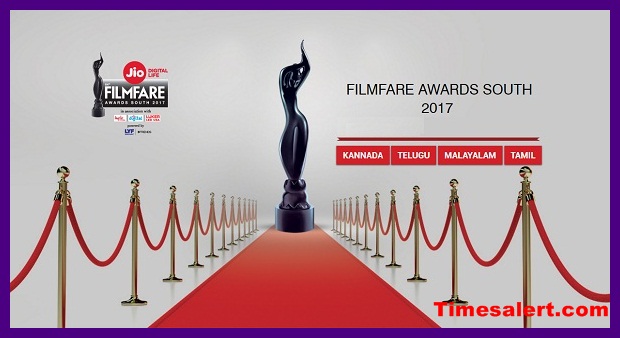 SS Rajamouli mark Baahubali- The Beginning and Prince Mahesh Babu’s Srimanthudu are the leading nominees in the list of Telugu movies. The organizers unveiled the selected nominees for different categories in four languages – Telugu, Tamil, Malayalam, and Kannada.

Filmfare Awards South is the South Indian Award Ceremony that was done annually by The Times Group to honor and reward artistic and technical brilliance of fine professionals in the South Indian film industry. Not alike the National Film Awards, which is honored by a committee appointed by Indian Government, the voting right for Filmfare Awards South are given to both the public and members of the committee.