Nandamuri Balakrishna Upcoming Film Gautamiputra Satakarni Dussehra Teaser Trailer is to get released on 11th October. As an Actor, this is the 100th film of Nandamuri Balakrishna in his film career. This might be the greatest achievement for any performing actor in their profession. 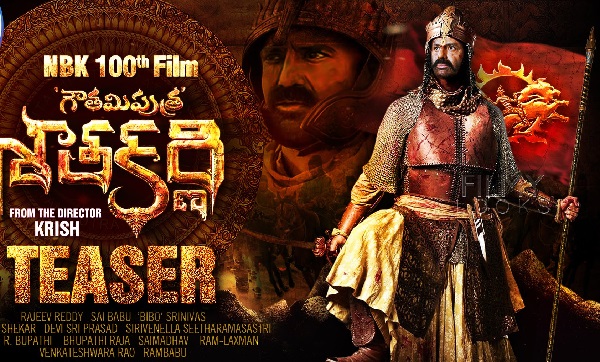 Under the Direction of Krish, the entire film unit is in hurry to complete the shooting part. Director Krish who gave National Award Winning Film Kanche with Varun Tej is to deliver another Blockbuster with Bala Krishna. Krish got the fortunate opportunity to direct this prestigious film. Krish has a tendency to finish his shooting part at a quick pace. Since the shooting is practically finished, the filmmakers have released the Gautamiputra Satakarni First Look Official Teaser and Gautamiputra Satakarni First Look Trailer. 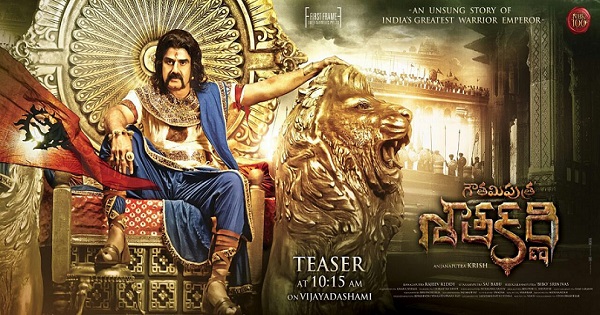