Everyone are familiar with Superstar Mahesh Babu-Koratala Siva’s second film that will go on floors promptly after Mahesh Babu ends up with his present film under the of AR Murugadoss Direction. After delivering Hit Film Janatha Garage the Director is immersed in sorting out the story line for Prince Mahesh Babu. There were speculations that this film will be a multi-starrer and will have Bala Krishna in a vital role in the film.

At the end of the day Koratala has put a conclusion to all the rumors. He took to Facebook and Posted, ” There are no fancy combos in my next film nor it’s a multi starrer. Request all of u to ignore all the speculations.” 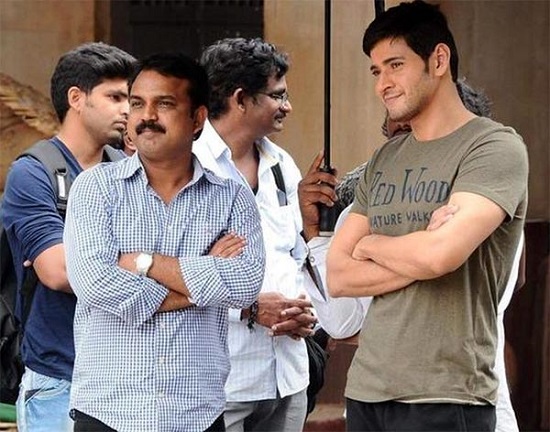 The film is required to go ahead to sets early January. For the recent days, news has been circulating in film Nagar highlighting the star director Koratala Siva’s next venture with Prince Mahesh Babu will be a multi starer. The talk mongers even flowed that either Akkineni Nagarjuna or Nandamuri Balakrishna are to share one screen with Mahesh. Balayya’s name was firmly heard for this situation. With this news turning into a web sensation, Koratala Siva cleared all the speculations and gossips through Social Media.

The Director finally reacted to a fan and not simply subdued the news of Balayya’s appearance in the venture additionally confirmed that the film with Mahesh is not a multi starer. The highly anticipated project is relied upon to go on floors in January 2017. In the interim, Mahesh is shooting for Murugadoss’ film and Koratla is occupied with the pre-production work.

Director Koratala Siva, who is joyous beyond words with his recent blockbuster Janatha Garage, is dealing with the script of his next Project with Mahesh Babu. This untitled flick will go on sets from January and is delivered by DVV Danayya under his DVV Entertainments Banner.