Dronacharya Award is granted for mentors or coaches for creating Medal Winners at prestigious international Sports Events. Dhyan Chand Award is a grant for a lifetime commitment to sports development. Rashtriya Khel Protsahan Puruskar is presented for both in a private and public sector. It also awards people who have been an important part of the promotional zone of sports in their advancement and improvement. Finally Maulana Abul Kalam Azad (MAKA) Trophy is presented to University who conducts tournaments.

Sports Ministry declared Rajiv Gandhi Khel Ratna Awards for P.V.Sindhu-shuttler and Sakshi Malik-wrestler besides Dipa Karmakar-gymnast and Jitu Rai-shooter. It is considered as the India’s highest honor, it includes a prize money of Rs.7.5 lakh besides Medal and Citation. Check the complete Winners List of National Sports Awards 2016. 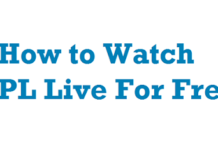 How To Watch IPL Live For Free On THOPTV Latest Version 1.0 APK 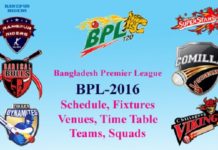 How To Watch IPL Live For Free On THOPTV Latest...