Powerstar Pawan Kalyan Upcoming Movie Katamarayudu Has Got Release Date. Presently the shooting of the film is in progress, meanwhile, the makers have bolted a release date. Katamarayudu is going have grand worldwide on 29th March 2017. The Day is Wednesday yet that date has been locked as a gift to al the Powerstar Audience as Ugadi Gift.

Katamarayudu Movie To Get Released On 29 March 2017 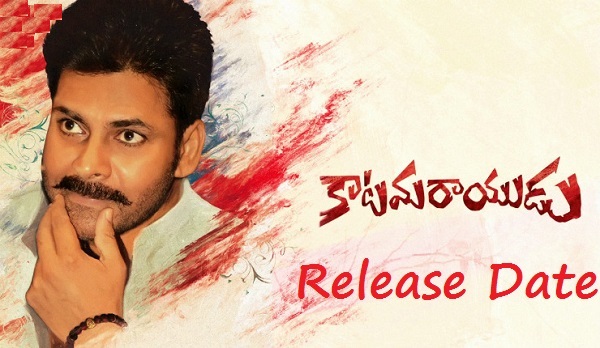 Earlier Pawan Kalyan films like Jalsa and Sardaar Gabbar Singh have made there released for the same occasion. This film is being directed by Dolly. Katamarayudu is an official remake of Tamil film Veeram. Shruti Haasan is paired opposite Pavan Kalyan which is their second combination film. Katamarayudu is a Family Entertainer with Required Quotient of Action. An Ugadi Release is a Perfect Thought, how about we check whether the filmmakers can finally release on the same date or not.

Katamarayudu is at present in shooting process in Hyderabad. The makers are filming some key sequence with Powerstar and Shruti Haasan. Sharat Marar is delivering this Project under Northstar Entertainment. Katamarayudu is directed by Kishore Pardasani was famously known as Dolly. Anup Rubens is making music for this flick.

An official Katamarayudu Release Date has been bolted for the film. Apparently, the film is scheduled to have its release for March 29, 2017, with the link of Ugadi celebration. Indeed, if you remember Pawan Kalyan last film Sardaar Gabbar Singh was also released for Ugadi.

This Action Family Entertainer is supposed to be a remake of Tamil film Veeram. The Katamarayudu First Look Poster, outlined by Anil and Bhanu which will be released for this Diwali. One side there was a fever Katamarayudu in Tollywood and on the other hand of Pawan’s film with Trivikram is doing rounds in the industry. Presently just cheer up with the news of Katamarayudu Movie Release Date.