Recent breaking news unfolds the running rumour related to Mega Power Star Ram Charan and Sukumar director of Telugu Cinema. Paparazzi were talking about superstar aka Ram Charan, Whether a new film of his coming or about the new projects.But good, in the middle of the rumors, about actor impending movie ‘Formula X” a new announcement is heard. Director Sukumar at the time of the releases Jayammu Nischayammura movie song teaser put down. 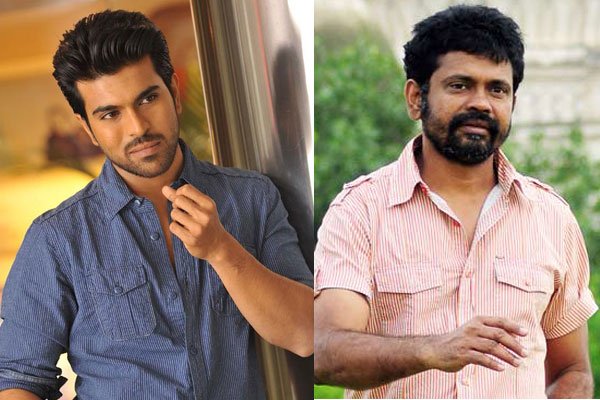 Tollywood superstar Ram Charan declared publicly about his new union with Sukumar. A sneaking suspicion was trolling between media and fans. About the concept, story or apologue of yet to be released movie. Sukumar, Famous for his the reputation of making unique and off the beat movie The different assumption has been floating around the film industry that is his upcoming movie namely ‘Formula X’ will be a science fiction and ram charan portray the lead character.

While addressing the media has disclosed the concept and idea of a new venture. As per the report, he said that his new project would conceptualise view and the stage setting will splash village surrounding story and it will be super high magnificent drama. However, the concept of village stories is not unknown to ram charan’s movie Govindudu Andarivadele was also a village backdrop film. The epitome of creative perseverance” can define this whole new idea of Sukumar, the director who is going to excite the viewers with his new experiments in the new movie. The challenges and changes always appreciated by the audience and viewers Also like experiments with the roles.

Dhruva is upcoming release of actor Ram Charan. Since Sukumar and Ram Charan are coming together for the first time. It will be the thrilling experience for all the fans and excitement has already roused among audiences about how everything is going to shown.