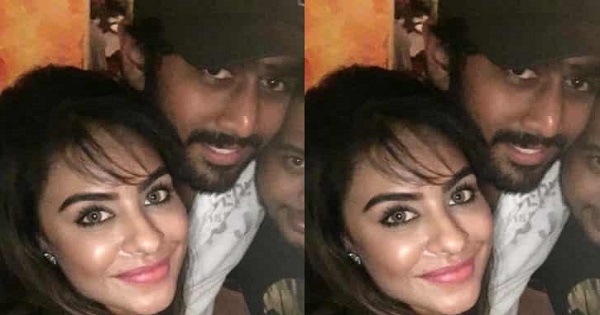 Sri leaks trending on social media from fats few days. Every time she alleged that I have proofs of top producer son photos, who dated with me. She was given many interviews but never released any proofs.

She is always saying, Suresh babu son Abhiram dated with me. We both spent many days in their studio. He usually meets at his studio. Sri Reddy  Abhiram Photos, videos released on tv channels. Check out the exclusive photos of  Sri Reddy Abhiram.

Sri Reddy recently stripped her self at Maa Office. This video goes viral on social media and all over India. Check out sri reddy Video Here.