Alison Doody, an actress and a famous model who was introduced by Hollywood. She made her first debut in 1985 with the film A View To A Kill. Later she got many opportunities to prove herself as a great actress. Doody chose her career into acting as she has much passion for it. Before being an actress, she is a commercial model who did many advertisements. Other details like Alison Doody Biography, Age, Family, education and marriage status discussed in the following sections of the article.

Alison Doody born in Dublin, Ireland on 11th November 1966. As of now, her age is 53. She completed all her schoolings in Mount Anville Secondary School. Initially, she had an interest in arts and took the course at National College of Fine Arts In Dublin. But due to lack of support and motivations, she took a break from her studies. After that, she started doing modelling for her pocket money and later chose that as her career.

As she is growing older, her beauty is amazing, with a massive smile on her face. Alison Doody maintains her physical measurements perfectly. Her height is also her plus point where she looks more beautiful and pretty. Other details about her physical appearance given below. 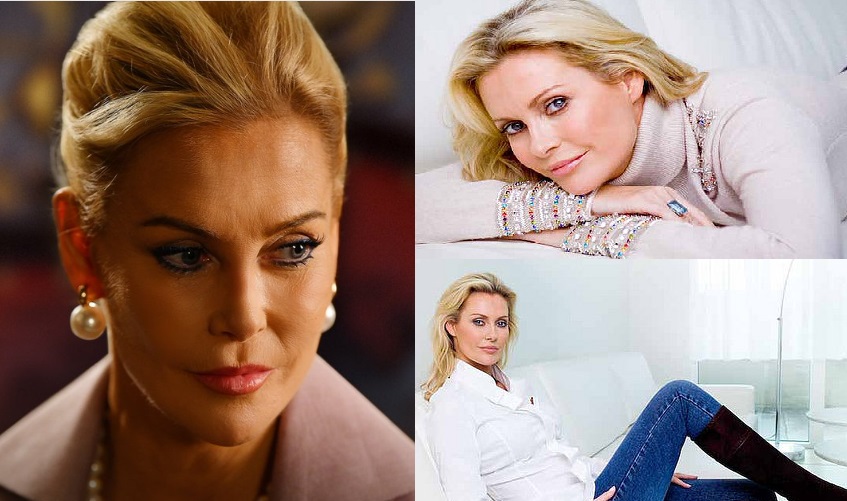 Doody family is of five members, including her, and she is the youngest daughter to their parents. Her father name is Patrick, who is a businessman and also do farming. Her mother named Joan, who is a beauty therapist. Doody sibling’s names are not known, if they are out, we will update here.

Coming to her marriage life, she got married to Gavin O’Reilly on 25th June 1994. He was the CEO of Independent News And Media. Their married life went happily, and they both blessed with two daughters. After marriage, they stayed at Bartra House in Dalkey. At that time it is the costliest house in Ireland. But due to some reasons, they both got separated in 2004 and also got divorced in 2006. Later in the year 2011, she met Douglas De Jager during the film Beaver Falls and had a relationship with him. After that in 2012, Jager died due to heart attack. Then in the year 2014, she engaged with her boyfriend Tadhg Geary, who is a food tycoon.

Alison started her film career as an actress in the year 1985. Her first debut movie was A View to A kill in Hollywood. That gave her a good start and is continuing in the film industry with great opportunities. In the year 2021, she is going to see in Tollywood Film RRR where SS Rajmouli directs the movie.

Her debut in Telugu is with a most famous historical movie where we see Ram Charan And Jr NTR in the lead roles. Also, here we are including some of her movies which got released in English, Irish and Dutch. Besides being an actress in the films, she also appeared in many Tv shows and also did few documentaries. So we have also listed them below.

Some Unknown Facts About Alison Doody

For other news updates, check Timesalert.