Billie Eilish Biography: Billie born name Billie EilishPirateBaird O’Connell. Eilish an American songwriter and singer who born in Los Angeles, California on 18th December 2001. She has inherited her talents from her parents and brother. Eilish family consisits of actors and musicians.

Billie’s parents Patrick O’Connell and Maggie Baird are renowned figures of the American industry of entertainment. Billie’s elder brother Finneas O’Connell who is himself multi-talented. Finneas is a singer, songwriter, actor, record producer, and musician. He is the most significant influence on Billie’s life.

Billie has always been a keen learner. From a young age of 8 years, she joined a choir. Eilish used to practice and sing in the choir for about three years. When she turned eleven, Billie started writing her songs. Her brother had a significant share of the contribution of music in her life.

Billie Eilishused listened to the popular band The Beatles and Avril Lavigne when she was young. For her early years, she was mostly home-schooled. She also took part in mainly homemade movies. Billie loved taking part in dancing and singing. She has created some short films also, which she edited using the iMovie app.

Her personal life has simplified too. She has reported to never smile in any of her photographs ever. To answer this, she has says that it makes her look powerless and weak. Also, she has often criticised for her dressing sense. Her attire has always been eccentric. But, she never minds this criticism and carries own with her work.

She grew up watching her brother connect to music, more as he fell in love with music. Her mother, Maggie Baird, also wrote songs. While Billie’s father Patrick O’Connell used to play ukulele and piano when Billie was young. Her father also made various artists’ mixtapes because he loved it. Therefore it was more likely for little Billie to develop an interest in music.

The first song that Billie Eilishrecorded in 2015 was ‘Ocean Eyes.’ Finneas O’Connell originally wrote the song. He asked his sister to give her voice to the song. It earlier used as a dance routine song for Billie. But, both of them decided to put it on Soundcloud.

It is a platform for sharing music. The song became an overnight hit. It released in early 2016, and by March of the same year, it became famous. It had a record 10 million hits in a short time. Then in the same year, she uploaded a video of her dancing on the song. That video too became popular. For more details about Billie Eilish Biography read the complete article.

Interscope and Darkroom record labels released Ocean Eyes worldwide. The song gained commercial and critical success. Then her next song was ‘Six feet Under’. She also created a remix of the song Ocean Eyes and compiled them into one EP. The compilation too became popular. With the success of her work, Billie got inspired to carry on with her kind spirit.

In 2017 Billie Eilish released her new single. It was titled ‘Bellyache.’ The song was co-written and produced by Finneas. Its music video was released in March the same year. Copycat and Watch were the singles which also released in 2017. Her much-awaited debut EP also announced to launch in 2017 only. The EP was titled as ‘Don’t Smile at Me. She released two singles from her EP even before its release.

Some Unknown Facts About Billie Eilish

For more other biographies check Timesalert. 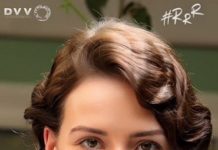