Anime fans have always given adoration to the series “Overlord”. Overlord is a Japanese anime franchise. The fascinating plot and characters kept the viewers engaged to the show.

The Overlord Season 4 of the stuck in a game anime series “Overlord” is now a long overdue. The fans were waiting to hear some updates regarding a new season since the last episode of Season 3 aired in 2018.

The anime series Overlord first premiered on July 7, 2015. It continued with 3 seasons, with each season having 13 episodes. And the fans are awaiting a Season 4.

It written by Kugane Maruyama as a novel which then adapted as an anime series, which  produced by Madhouse and directed by Naoyuki Itou. Overlord series available for streaming on Netflix

The season 3 ended with an astounding cliffhanger. The fans are frantically waiting for a new season to find out what happens next. In 2019, the scriptwriter, Yukie Sugawara stated in an AnimagiC convention in Germany that there is Season 4 for the series.

There has been no news of any official statement made yet. The fans, under the assumption that the series released in 2020, but due to the corona virus outbreak, it postponed further. Now, it believed to release in 2021. 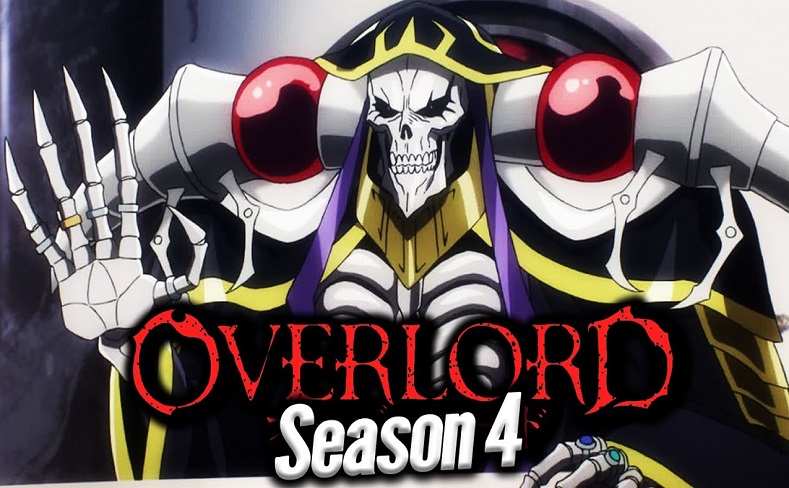 The show is based on the year 2126, a Dive Massively Multiplayer Online Role-Playing Game, YGGDRASIL which was different from other such games because of its uncanny high capability of player interface within the game.

In this game, Momonga, a powerful wizard who is also the master of the dark guild, Ainz Ooal Gown spends his final moments with the game when the servers start to shut down. However, surprisingly, Momonga finds himself being conscious as his character in the game with other characters of different personalities emerging in the game.

Stuck in this unusual situation, Momonga orders his faithful servants to explore and take the command over this new world and act like an actual dark lord while also finding other like him. Momonga isn’t inherently bad but his situation made him become the villain.

Although, not much said about the plot of the Season 4 as the official trailer yet to release. Since, the Overlord Season 3 adapted the story from the ninth novel of the Light novels; we can assume that the Season 4 will be based upon the tenth, eleventh and twelfth novel. If this happens, Ainz will continue to be the villain in Season 4.

Ainz will try to turn his kingdom into paradise of all the races. It will also show the story of other countries who will be consistently plotting against Ainz to destroy his utopia. The new ruler of the kingdom, Overlord will have to take care of the exhausting resources. The frost dragons that appeared on the first season expected to be defeated. Albedo might admit her feelings towards her master. Ainz might get more powerful.

The core essence of a good anime is its cast and the functioning of its crew. The cast which expected for the Season 4 of Overlord

These are the anticipated characters for the upcoming season.

Although, there is no official word regarding Season 4, it is likely to launch as the scriptwriter of the show suggested that they were working on it. A very much possible that the Season 4 will be released very soon. For more updates check Timesalert.