Saravanan is one of the lead actors in Tamil Industry during the 1990s. He worked for many movies in the lead roles and later seen in supporting roles which also gave him good fame. In 2019, he participated in a reality show Bigg Boss Tamil which is telecasted in Vijay Tv on Saturdays and Sundays. This popular and famous show is hosted by great actor Kamal Haasan. This is the second time Kamal is hosting this show.

By participating in the show, it will help him to increase his fame among the audience by his performance. More details about him are sorted and listed below in this article. So one can check out here for Saravanan Biography. 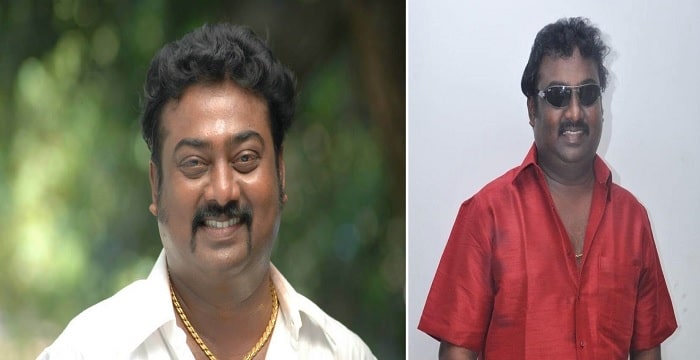 His real name is Paruthiveeran Saravanan. He is not only an anchor but also a director. He is seen in lead roles from1991 to 1998. Later on, he is seen in some supporting roles which also added a great response from the audience. His first debut is Vaidehi Vandhachu. His supporting debut film is Paruthiveeran where he played as a maternal uncle to the actor Karthi. This movie is directed by Ameer.

Saravanan born on 10th October 1966. By now he is 52 years old. He did his graduation from Bachelors Of Arts in Tamil literature in a government arts college. His birthplace is Salem which is in Tamil Nadu.

His father is a policeman but his name is unknown. His mother is a nurse and her name is also unknown. We will let you know their names as soon as we get the information. He is the second one among five siblings from his family. He belongs to Hindu religion.

He got married to Surya Shanthi in 1996 and has one child.  Also, search for Sandy Master Biography who also participated in Bigg Boss Tamil show with Saravanan.

Saravanan hobbies are writing poems. He also produced and directed a few films. He produced a movie named Santhosham in 1998. He directed a movie Thaayumaanavan. He had a break from 1998 to 2000. Again in 2001, he came back in a supporting role in the movie Nandha.

Some Facts About Saravanan

For other information check Timesalert.