Sayesha Saigal is an Indian actress who majorly works for Hindi, Tamil, and Telugu movies. Check all the details of Sayesha Saigal age, DOB, height, biography, wiki here. She was born in Mumbai on 12th August 1997 (age 20). Her height is 5 feet 7 inches (170 cm), and her weight is 50 kgs. Let us check Sayesha Saigal family details. She is the daughter of Shaheen Banu and Sumeet Saigal. Both of them are actors. Actors Saira Banu and Dilip Kumar grand niece is Sayesha Saigal. So, she has a film industry background. She studied at Ecole Mondiale World School, Juhu. 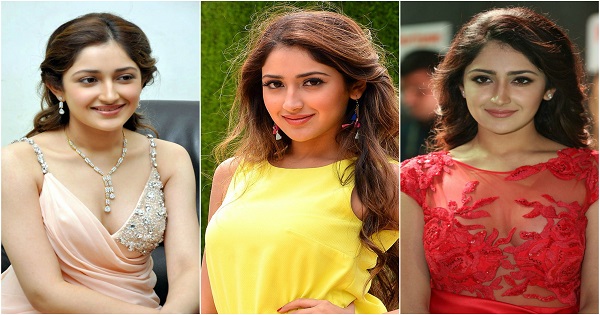 Sayesha Saigal made her acting debut with Akhil movie in the Telugu language. Akhil Akkineni played the lead role in the film while V. V Vinayak is the director. But, Akhil film did not go well at the box office. Then, she moved on to Bollywood. Shivaay is the  Bollywood debut movie for her. It features with Ajay Devgn who is also the director of Shivaay movie.  The movie is a blockbuster hit at the box office and had a vast collection.

Further, she made Tamil debut with Vanamagan film which stars with Jayam Ravi in the lead role. A. L Vijay is the director of the film. Also Check Seerat Kapoor, Simran Pareenja Biodata.

She is a trained dancer, and she got training in Belly dance, Hip Hop, Kathak, Odissi, and Latin American dance.