Vithika Sheru was also known as Jeedigunta Vithika who is an actress and even the wife of the Tollywood actor Varun Sandesh. She worked in Telugu, Tamil and Kannada films. But she started her film career with Telugu Industry. After taking a few movies, she got married to Varun Sandesh in the year 2017.

Her born name is Keerthi, and she was born in Bhimavaram, Andhra Pradesh in the year 1993. She belongs to Hindu religion. All her education completed in Mumbai and Hyderabad. She did her fashion designing Post Graduate Diploma in Hyderabad at Lakhotia Institute Of Design.

She got married to Varun Sandesh who is a Tollywood actor in the year 2016 on 19th August. 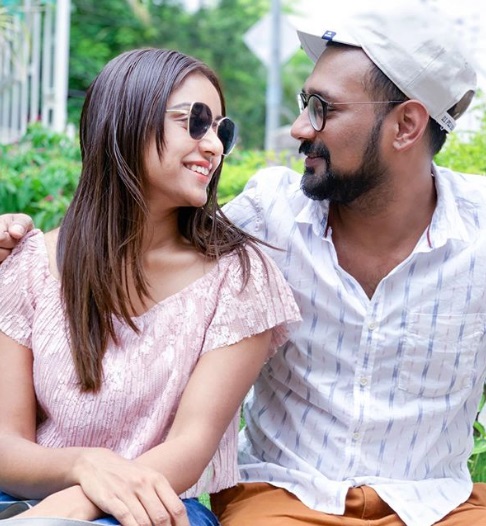 She is a childhood actress who first seen in a Television series at the age of 11. Vithika Sheru at the age of 15 seen in a Kannada Movie Anthu Inthu Preethi Banthu and that is her first Debut film in Kannada. She did her first debut in Telugu in the year 2009 with the movie Preminchu Rojullo. Uyir Mozhi is her debut film in Tamil.

More other films of her in Kannada, Tamil and Telugu are listed below. Apart from acting, she has also been as a brand ambassador for few brands. They are RK’s Grand Mall, Tasyaah, Bhima Jewellery and Bhargavi Fashions.

For more information, all tech and entertainment updates check Timesalert.