Amritha Aiyer is an Indian movie actress and model who mostly works in Tamil movies. Amritha is now all set to debut in Tollywood movie 30 Rojullo Preminchadam Ela. The film was likely to release on 25 March 2021, but due to the COVID-19, it has postponed.

Amritha has also signed Ram’s “Red” movie which is the remake of the Tamil film thadam. The movie is expected to release in the last week of October 2021. Amritha has also appeared in Kannada and Malayalam films. She is also known as a “bigil” girl as she played the role of Thendral and stole everyone’s heart. For other details read the complete article. 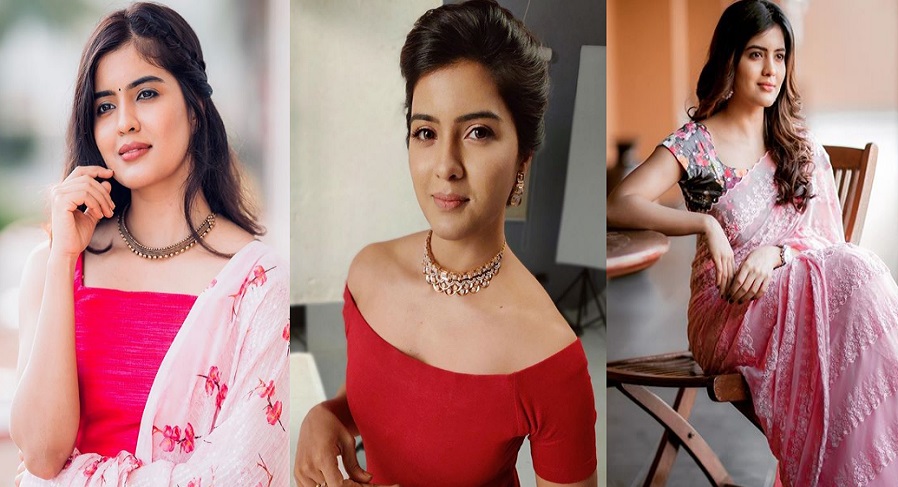 Amritha Aiyer, the bigil movie girl was born on 13th May 1994. Her age is 26 years as per 2021. Amritha did her schooling from NHRS School Bangalore. She completed her under graduation at St. Joseph College in Bangalore taking the degree from commerce stream (b.com).

She has also worked for an IT company in Bangalore. Along with her job she was also concentrating on modeling which is her passion.

Amritha’s height is 5ft. 08 inch and weight is 50 kg. Her hair color and eye color is black. Amritha’s face shape is oval and is fair in complexion.

Amritha’s favorite actor is Vijay and Kamal Haasan and favorite Actress is Nayanthara. Her favorite color is green and Turkish rose. While her favorite, fruit is banana and white currant.

Amritha in her one of the interviews revealed her interest and hobbies. Her hobbies include dancing, shopping, listening to music. She was also interested in sports like basketball and other curricular activities since childhood.

Amritha Aiyer was born and raised in Bangalore to a business family. Her father’s name is Gopal Aiyer who is a Bangalore-based businessman. And, her mother is a housewife.

Amritha has an elder sister named Priyanka Sivasubramaniyam who is now married. Also, she belongs to the Brahmin caste and follows the Hindu religion. Moreover, Amritha is unmarried and is quite secretive about her relationship. Though, it was rumored that she is dating a guy from the industry. For more updates check Timesalert. 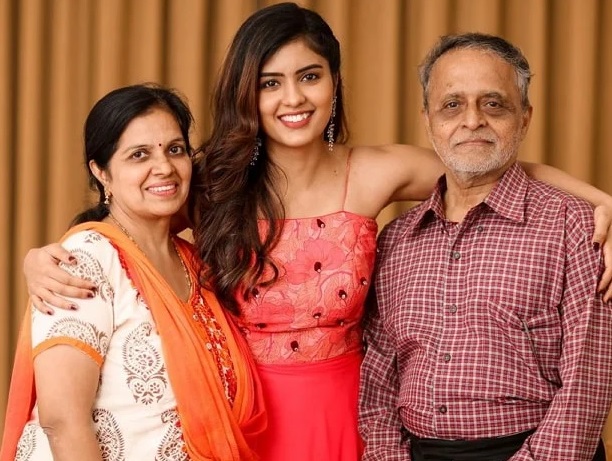 As per reports, Amritha Aiyer is expected to be a contestant in the famous reality show Bigg boss season 4 which is hosted by Kamal Hassan.

Since childhood, Amritha has had a keen interest in modeling and acting in the movies. She decided to pursue her career as an actress in the industry of entertainment. Since 2015 Actress Amritha is active in the industry.

Amritha got her movie offer in the Malayalam industry after she started modeling. She made her debut movie with Padmavyooham which is a Malayalam movie. Then, she made a debut in the Tamil industry with Padaiveeran in the year 2018. In this movie, she portrayed the role of malar. While Vijay Yesudas in opposite and the movie was directed by Dhana Sekaran. And in the same year, she debuted in Kanada movie Gramayana.

Amritha is now all set for her Telugu debut movie 30 Rojullo Preminchadam Ela directed by debutant Munna. She is pairing with famous anchor Pradeep Machiraju. The film was expected to release on 25 March 2021, but because of the COVID-19 pandemic, it has been postponed.

Amritha is also ready for Ram’s ‘Red” movie which is the remake of the Tamil film thadam. This Tollywood movie is directed by Kishore Tirumala. The movie was likely to release on 9 April 2021 but got postponed because of the COVID-19.

There were rumors that the film might premiere on an OTT platform. But, Ram has confirmed that the film would be released in theatres.

Some Unknown Facts About Amritha Aiyer