Divi Vadthya is a south Indian actress and model. She got more fame with the movie Maharshi starring Mahesh Babu and Pooja Hegde. Not only in films she appeared in a few web series. Divi from her childhood showed a passion for acting and made her reach this position. In the year 2021, she entered the Bigg boss house as a contestant. More other personal information about her is discussed in the coming sections.

Divi was born on 15th March 1996 in Hyderabad. Her family, education, and all are from Hyderabad only. All her schoolings are completed in Jubliee Hills Public School. At Hyderabad university, she completed her graduation and post-graduation in Engineering. After that her passion for model and acting made her join an acting academy and now today made her actress on the big screen. Few other personal details are shared below.

Divi has beautiful big eyes and is very much attractive. Coming to her physical appearance few details like height, weight, body measurements are discussed below.

The south Indian actress Divi family consists of 4 members including her. They belong to the Hindu religion and their family is a well-settled Hindu family with all needs. Divi Vadthya’s father’s name, mother name, and brother’s name are included in the below table. Her mother is a doctor who supported her career. And Divi’s sibling who is elder to her is also a doctor by profession. 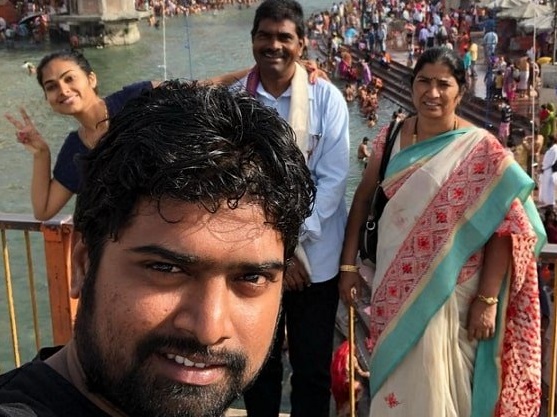 She initially started her career in the industry as a model. She participated in many Ramp walks in many Beauty Pageants. Later in 2019, she got an opportunity to work in a movie Maharshi. Later she appeared for many cover songs but not get published due to COVID.