Hema is well known in the Telugu Film Industry as a Character actress since 1989. She is one of the most senior actresses who worked for nearly 250 films. Krishna Veni is her born name, and Hema is her screen name. She not only appeared in Telugu films but also in few Tamil and Malayalam movies.

She is soon going to see her on a television screen in a reality show titled Bigg Boss Telugu 3. She is one among the four contestants who are going to stay 100 days in Bigg Boss House. She is going to entertain all the TV audience in the coming weeks. People who like her performance can support her by vote through Bigg Boss Telugu Season 3 Vote Online. More other personal details portrayed in the below sections of the articles.

Hema, who is a famous comedian and character actresses was born on 1st June 1967 in East Godavari district, Andhra Pradesh. Coming to her education, she studied till 7th standard and discontinued her studies. Since from her childhood she is very much interested in acting an want to see herself as an actress. So she entered media in her youth and did many films.

Later she got married and took a small break. Then she began her second innings and again worked for movies, and this time her first movie is Murari. It gave great fame, and she had received many opportunities and significant roles. She is still working and providing the best characters to the film industry.

Her profile details like height are 5 feet 7 inches. Her weight is 64 Kg. Coming to her body measurements, they are of 36-30-36. She is whitish. Her eye and hair color is black. Virgo is her zodiac symbol, according to astrology. She made her first debut in Telugu with the film Chinnari Sneham which released in the year 1989. In Tamil, she appeared in Saagasam in 2006. 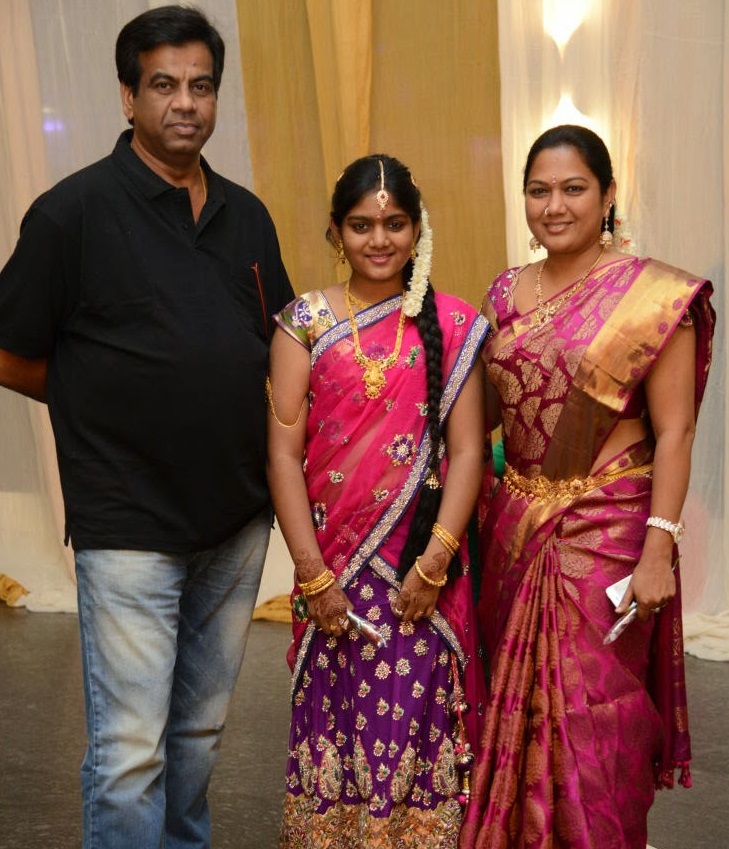 Hema got married in 1993 to Syed Jaan Ahmed who belongs to Hyderabad, Telangana.

Besides her film career, she also participated in politics in 2014. That is she participated in the General elections through Jai Samaikyandhra Party from Manapeta constituency. But she lost and is now continuing her work with films.

Some Interesting Unknown Facts About Hema