Konosuba Season 3 – An Isekai anime based on the light novel which goes by the same name written by Natsume Akatsuki and published in 2012. The light novel became so popular that Natsume ended up writing three spin-offs based on the main characters.

The anime adaptation was by Studio Deen in 2016. This anime version directed by Takaomi Kanasaki and was written by Makoto Uezu. The anime version got a license in North America by Yen Press in May, 2016

The first two seasons received a lot of appreciation from anime fans and even won the Funimation’s favorite Isekai of the Decade Award by popular votes and they eagerly waiting for the third season which expected to happen anytime soon.

The story revolves around a teenager named Kazuma Sato. After his death, Kazuma transported into a world that has the elements of multiplayer online games, where he can fight monsters using his weapons. Kazuma gets the offer to take one thing to take with him to the alternate world, besides getting the offer to choose great weapons, he chooses Goddess Aqua to accompany him. 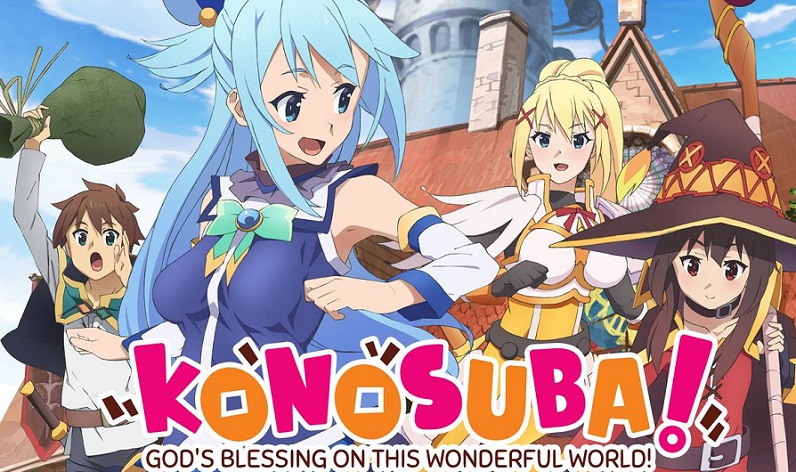 They reach the town called Axel, and Kazuma realizes his mistake of choosing Aqua, as both of them are trapped, because Aqua cannot be reincarnated until the Devil King is conquered. To go on with their adventure, they recruit Megumin, who is an arch wizard who knows only a single spell and a crusader called Darkness.

Kazuma soon realizes that it is impossible to defeat the Devil King and gives it up. He tries to live a normal Isekai life but the situation forces him to eventually fight the Devil King himself.

Although no official announcements made regarding the Release Date of Konosuba Season 3, we surely expect a Season 3, because a lot of sources of the content as the light novel series just ended in 2020, and the show very popular amongst anime fans. Season 3 is speculated to be released at end of 2022 or the beginning of 2023.

No major cast change expected in the Season 3 of the show. The following cast expected:

The team finds out that the bodies still brought back to life after being consumed by Hans. They use it to their advantage to defeat Hans. Kazuma gets eaten by Hans and Megumin fights him. Finally, Aqua arrives along with her followers with full force and ends up defeating Hans and brings Kazuma back, and then Aqua purifies all the Hot Springs.

Season 3 supposedly based on Volume 6 of the light novels. If so, Kazuma and the party after defeating Sylvia and other generals of the Demon Kings. There is a possibility of Kazuma and Megumin get together.

So, the only question that now remains is whether or not there will be a Season 3 of the series. According to the producer, Junichiro Tamura, it is very likely that Konosuba will have a Season 3. However, the final decision lies in the hands of the creators of the show. Now, the only thing the fans can do is wait for an official statement. For more movie and entertainment, updates check Timeaslert.