Naga Shourya Biography – Naga Shourya is an Indian film actor who mainly works for Tollywood films. His full name is Naga Shourya Mulpuri. Get all the details of Naga Shourya like his age, height, biography, family, wiki, photos. He struggled for five years to enter into the film industry. Then, he made his acting debut with the Tollywood movie Cricket Girls and Beer.

Later, he made a cameo appearance in Chandamama Kathalu which is a National Award-winning anthology film. He played the lead role in Oohalu Gusagusalade movie. The documentary features Raashi Khanna and Srinivas Avasarala in the lead roles. He then played a leading role in Dikkulu Choodaku Ramayya movie which is a romantic comedy entertainer. With these movies, Naga Shourya has received a massive recognition in the audience.

He was born in Eluru on 14 January 1989 (age 28). Also, he lived in Vijayawada for several years before coming to Hyderabad. He is the son of Shankar Prasad and Usha Prasad. Coming to the details of the height, Naga Shourya is 5 feet 9 inches (1.74 meters) while his weight is 68 kgs. He completed his education at St. Mary’s College, Hyderabad. Naga Shourya plays Tennis. 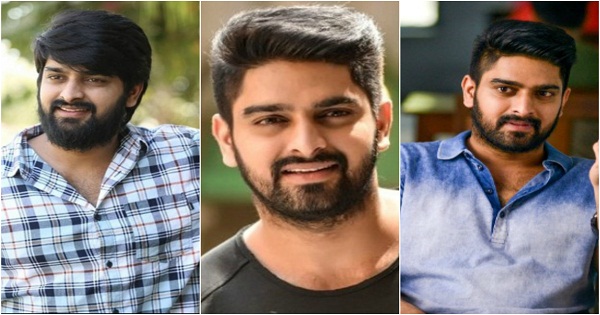 The other movies of Naga Shourya are Oka Manasu, Lakshmi Rave Maa Intiki, Kalyana Vaibhogame, Abbayitho Ammayi, Jyo Achyutananda, Jadoogadu, and Nee Jathalekha. Naga Shourya latest movie is Kathalo Rajakumari in which Nara Rohit play one of the lead roles. Naga Shourya remuneration details are available on our page. His salary is 30 lakhs per film. Also, here are the details of Naga Shourya upcoming movies. He is coming up with Karu movie in which Sai Pallavi plays the female lead role. A. L Vijay is the director of the movie. Also, Check Sai Pallavi Biography.