Catherine Tresa is an Indian film actress who appears mainly in Telugu, Tamil, Kannada, and Malayalam movies. Also, she is a model. Have a look at Catherine Tresa biography, age, height, family details. She was born in Dubai, the United Arab Emirates on 10 September 1989 (age 28). Here is the height of Catherine.

Her height is 5 feet 2 inches (157 cm) while the weight is 54 kgs. She is the daughter of Frank Mario Alexander and Tresa Alexander. Christopher Alexander is her sibling. She completed her 12th Class in Dubai and then moved to Bangalore to pursue higher education.

In 2010, she made her acting debut with Kannada movie Shankar IPS. Then, she made her debut into Malayalam with the film The Thriller. Also, she debuted in the Tollywood industry with Chammak Challo movie. Later, she made Tamil debut with Madras movie. The movie is a massive hit at the box office. Catherine received SIIMA Award for female debutante in the film Madras. Also, she won many awards for Madras movie. She appeared in many Telugu, Tamil, Kannada, and Malayalam movies. 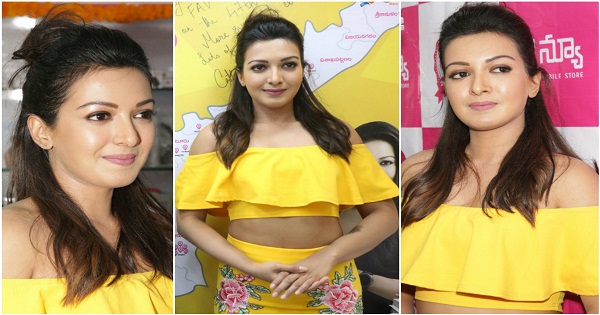 Her special appearance for the song A for Apple in Jaya Janaki Nayaka has attracted the audience. Also, Catherine Tresa latest film is Katha Nayagan in which Vishnu plays the lead role. Catherine Tresa remuneration salary details are 40 lakhs per film. Let us have a look at Catherine Tresa upcoming movies.

Kalakalappu 2 is the upcoming movie of Catherine for which Sundar C is the director. The movie stars with Jiiva, Jai, Nikki Galrani, and Shiva. Catherine plays one of the lead roles in Kalakalappu 2 movie. Also, check Rashmika Mandanna Biography.

Some Interesting Facts About Catherine Tresa

For other information check Timesalert.