Sanjana Singh is well known for her acting in the Tamil film industry. She is an Indian actress and has been seen in various Tamil film and TV serials. As per the recent reports, Sanjana Singh is the most expected contestant of Tamil Bigg boss season 4. Sanjana had been approached by the BB team for the previous seasons too. Though there was no such news from Sanjana’s side. So, it is expected that Sanjana will be entering Bigg Boss house this season. 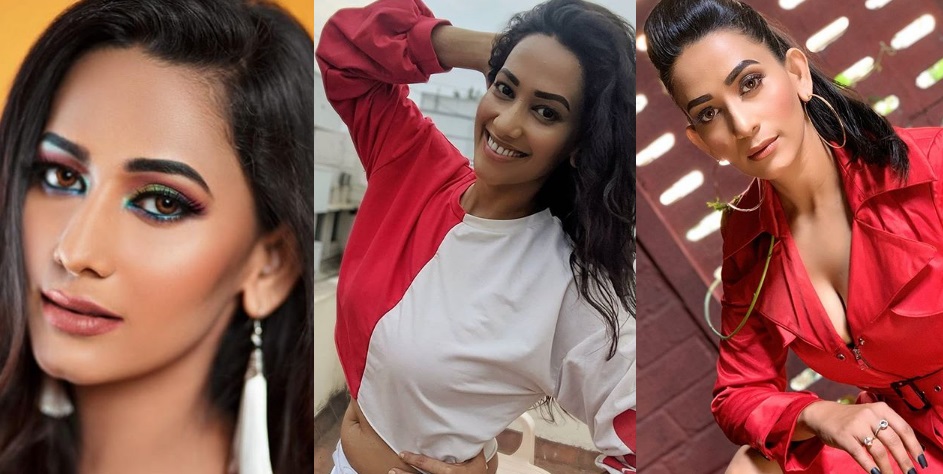 Sanjana has completed her degree course. While her college and school name is not yet disclosed.

Beautiful actress Sanjana Singh is 5ft 6 inch (164 cm) in height and her weight is 54 kg. While her body measures 34-32-32. Sanjana faces shape is long and is fair in complexion. The color of her eyes and hair is black in color.

Actress Sanjana Singh was born and brought in Mumbai, Maharashtra. She belongs to a Hindu religion while her caste is unknown. Sanjana’s parents and sibling’s names are not yet disclosed. Sanjana is unmarried and currently single.

Sanjana’s favorite food is Chinese and south Indian her favorite fruit is apple and plum. Sanjana’s favorite color so far known is blue and white. Sanjana is a fitness freak and loves gyming. She also likes traveling to new places. Sanjana Singh’s hobbies are dancing, traveling, and watching movies.

Sanjana Singh started her career as a model and modeled for various events. Then she tried in the Tamil film industry for acting as it was her passion. Apparently, she got her first Tamil film. Sanjana debuted in Renigunta, a Tamil movie which was directed by Paneerselvam. She played a short role as a mute girl’s sister and the movie was released in 2009.

Then she appeared in her next Tamil movie ‘Ko’ and the movie was released in 2011. She played the role of Telugu women as a special appearance in the film. Sanjana was appreciated for her perfect lip-syncing for the Telugu influenced Tamil accent. For more updates on entertainment check Timesalert.

Then she got some item number songs in Tamil movies. Sanjana appeared in films like Marupadiyum Oru Kadhal, Veyilodu Vilayadu, and MayanginenThayanginen.  She has done Tamil thriller movie Yaarukku Theriyum alongside Harish raj. It was released in the year 2012.

She made several other Tamil films such as Kadhal Paathai, Ragalaipuram, Vetri Selvan, Vingyani, and Meaghamann. After acting in these films Sanjana signed another Tamil film Thani Oruvan. She played the role of Ammulu in this film and got immense love and fame.

Sanjana also appeared in the Hindi movie Thoda Lutf Thoda Ishq, which was a flop. Then again she continued in the Tamil film industry.  Sanjana did Sakka Podu Podu Raja (2017) and amrutha (2018) Tamil film. She was also seen in TV show Grammathil Oru Naal, aired on Sun TV.

Some Unknown Facts About Sanjana Singh