Surabhi is an actress who majorly works for Telugu and Tamil movies. She worked for many films and received a great response from the audience. All the list of her films listed in the below sections checks out Actress Surabhi biography, height, wiki and the latest photos.

She born in Delhi and her date of birth is 7th December 1993 (age 23). Coming to the details of her height is 5 feet 7 inches (170 cm) while her weight is 51 kgs. She has studied a bachelor’s degree in Fine Arts from the College of Art, Delhi. She has interest and passion for working in films as an actress. So, she took modelling as her career. Later she joined in an acting school named Imago Acting School. Their Barry John and Manoj Bajpai taught her acting classes.

She made her acting debut in the Tamil film industry with Ivan Veramathiri movie in which Vikram Prabhu plays the lead role. In the film, she played the role of Malini. Then, she appeared in Velaiilla Pattadhari movie which features Dhanush and Amala Paul in the lead roles.

She gave a special appearance in “Oruthi Mele” song in Jeeva movie. She appeared in a Telugu film Beeruva with Sundeep Kishan. Then, she appeared in express Raja, Attack, and Gentleman movies. Gentleman is a super hit film at the box office. Surabhi also appeared in Pugazh, which is a Tamil movie. Also, check Nithya Naresh Biodata. 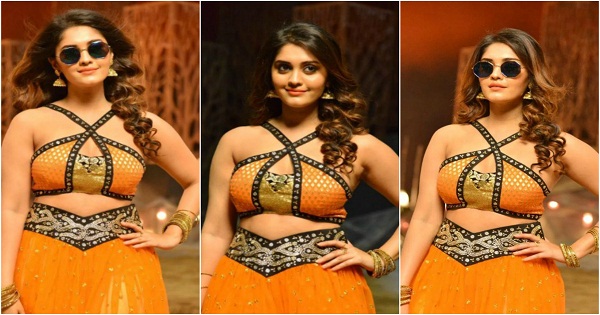 Surabhi loves to listen to music in her happy and sad times. Her favourite singers are Shreya Goshal, Shankar Mahadevan, and Anirudh Ravichander. She loves to watch cricket, and her favourite players are Sachin Tendulkar and Virat Kohli.

Here are the details of Surabhi upcoming movies. She is now coming up with the Tamil movie Adangathey in which G. V Prakash Kumar plays the lead role. Also, she is currently working for two Telugu films. The film titles are yet to be confirmed. We will soon update the movie names after the official confirmation. Also, her remuneration or the salary details for the film are not known. Stay tuned for all the latest updates of Surabhi like upcoming movies etc.