Samyuktha Karthik also known as Samyuktha Shanmughanathan is an Indian model, Malayalam film actress, and Tamil TV actress. The serial was aired on Sun TV. She is expected to be a contestant of Tamil Bigg Boss Season 4 which is hosted by Kamal Hassan. As per reports, Samyuktha was seen in the same hotel where the other expected contestants were staying.

Samyuktha is popular for playing a negative role in Radhika Sarathkumar’s TV show Chandra Mukhi as Rudra. She participated in Miss Chennai 2017. Samyuktha has participated in many pageant titles before entering into the entertainment industry.

Samyuktha karthik was born on 5 May 1984. Her age is 36 years as per 2021. Samyuktha completed her bachelor of engineering in BE Civil from Hindustan College of Engineering, Chennai, India. Her school name is not yet disclosed. She has also done a job in various companies before entering the entertainment industry.

Beautiful samyuktha Karthik’s height is 5 feet 6 inches (168 cm). Her weight is 60 kg, her body measures 34-32-32. Samyuktha has an oval face shape and is fair in complexion. Her hair color and eye color is black.

Samyuktha Karthik was born and brought up in Chennai, Tamil Nadu India. Her father’s name is Raman and her mother’s name is Pratibha. Samyuktha belongs to the Hindu religion and her caste detail is not yet disclosed.

Samyuktha is married to Karthik and has a 4-year-old son named Rayan. 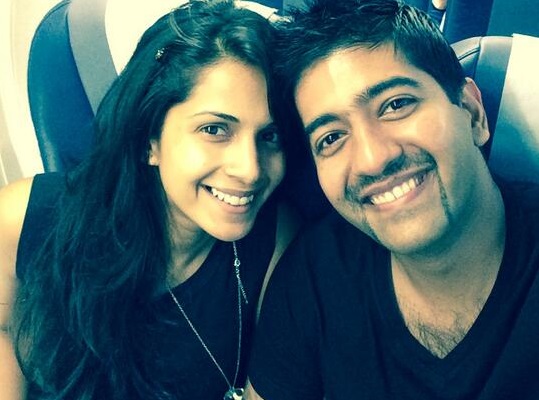 As samyuktha is a civil engineer who took her degree from Hindustan College of Engineering, Chennai. She started her career as a software developer in Infosys. Also, She has worked in various organizations including Arabian Publication, Tech Zone, and Black N Green. She also participated in Miss Chennai in the year 2017.

Samyuktha made her acting debut in Malayalam film Olu (genre – drama/fantasy) which was released in the year 2018. Samyuktha was seen in a supporting role in the movie. While the film, starred Shane Nigam, Indrans, Kani Kusruti, and Esther Anil in the lead role. The movie was directed by Shaji N Karun.

Then samyuktha was seen on Tamil film Dhanush Raasi Neyargale (genre – romcom). The movie was released in the year 2019. Samyuktha did a supporting role in this movie. And the film starred Harish Kalyan, Digangana Suryavanshi, and Reba Monica John in the lead roles. The film was directed by Sanjay Bharathi. For other information and biographies check Timesalert.

After that, samyuktha played a negative role as Rudra in the Chandrakumari serial. While the lead role was portrayed by Radhika Sarath Kumar. This serial gave her immense fame and love. The serial was aired in Sun TV.

Some Unknown Facts About Samyuktha Karthik