Sundeep Kishan is an Indian film actor who mainly works for Telugu movies. Also, he appears in Tamil films. Prasthanam movie in Telugu is his debut film. Then, he appeared in Sneha Geetham, Routine Love Story, Gundello Godari, D for Dopidi, Beeruva, Run and many other movies. Venkatadri Express, Ra Ra Krishnayya, Tiger are some of the films which are blockbuster hits at the box office. He also appeared in a Bollywood movie Shor in the City. Sundeep Kishan latest movies are Shamanthakamani, Nakshatram which are Tollywood movies.

Check out the details of Sundeep Kishan biography, age, height, wiki, photos. He was born in Chennai on May 7th, 1987. His height is 5 feet 8 inches (1.75 meters) while his weight is 70 kgs. Let us have a look at the Sundeep’s family details. R. K Durga and P.R.P Naidu are Sundeep Kishan parents. He is the nephew of Chota K. Naidu and Shyam K. Naidu who are the cinematographers. Abhinay Guduri is his brother. He studied at Loyola College, Chennai. 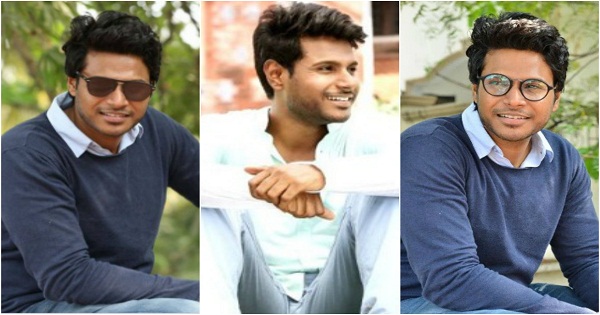 Here is the list of Sundeep Kishan upcoming movies is available here. He is coming up with C/o Surya movie in which Mehreen Pirzada plays the lead role. Also, his next movie release is Nenjil Thunivirundhal which also stars with Mehreen Pirzada.

Further, he is working on Naragasooran movie in which Arvind Swamy and Shriya Saran play the lead roles. Also, he is working on the Untitled Kunal Kohli Project in which the popular actress Tamannaah plays the female lead role. Sundeep Kishan salary remuneration details for a film will be available on our page. Also, check Madonna Sebastian Biography.

He made his first debut with Telugu film Prasthanam in the year 2010. Later in the year 2010, he appeared in Bollywood with a Hindi movie named Shor In The City. And in the year 2013, he entered Tamil industry with the s movie Gundello Godari. Here in the below section, we included all the Sundeep Kishan Films in Telugu and Tamil

For more other actors and actress Biography check Timesalert.