Anchor Syamala, an actress, worked mainly for Telugu movies. Also, Syamala hosts several television shows. She is famous in both the Telugu states Telangana and Andhra Pradesh. She is the host for television shows in Telugu. All the audience who like Shyama and her shows then they can check here for more details about her. So, here we provide Shyamala biography, age, height, and more. Also, check her family details here. 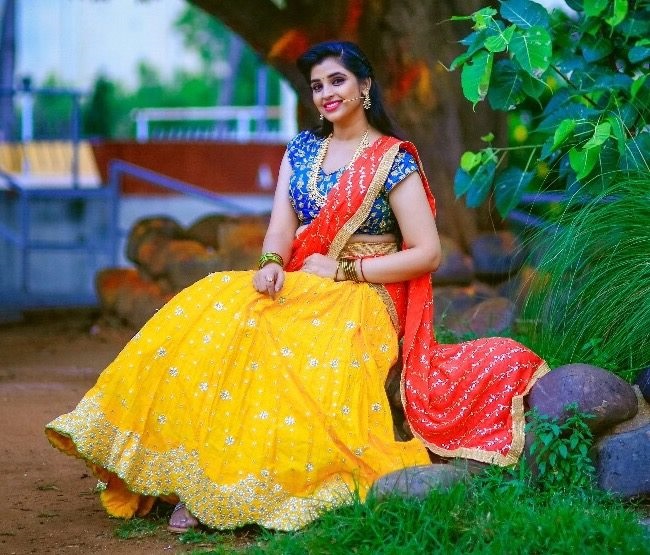 Her birth place is in Kakinada, East Godavari, Andra Pradesh. Her parent’s details like their names and profession, not revealed. Soon after they are out, we will here update with all the complete information. She got married to a television actor named Narasimha. They both living their life happily and they are having a baby named Ishan of age three years.

She hosted many television shows in Telugu and got more familiar to all the Telugu audience. Shyamala looks traditional, and she likes to were Lehangas more. She worked for Telugu television serials in her career beginning, and they are like Abhishekam, Laya and Happy Days. Maa Voori Vanta, Pattukunte Pattucheera and few more tv shows for which Shyamala hosted. She is also the host for Lakshmi Rave Maa Intiki television show which telecasted on Zee TV. 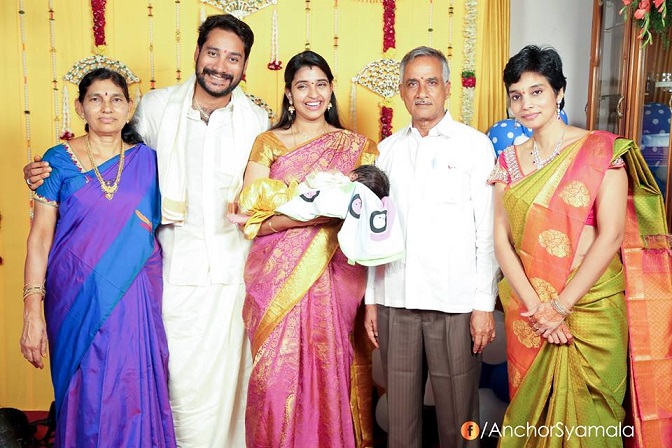 She got married at an early age that is at the age of 18 years. Her husband name is Narasimha, who is also an actor. In the year 2017, they blessed with a baby boy named Ishan. 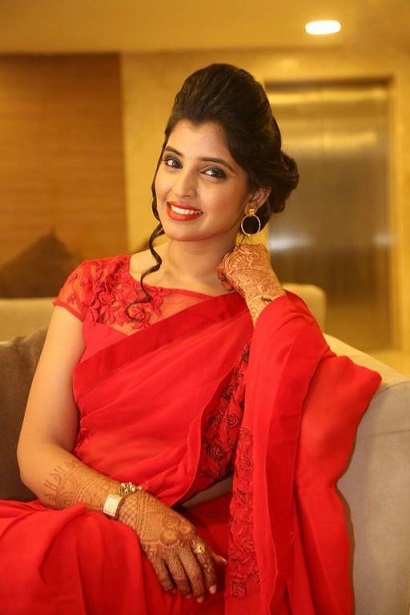 The Shyama latest movies listed here. She worked with actor Akkineni Naga Chaitanya in the film Oka Laila Kosam. She played the role of Hero sister that is as the sister of Naga Chaitanya in the movie. The part gave her a prominent recognition in her career. Then she also worked for Gopichand movie Loukyam. In that, she did the elder sister role for actress Rakul Preet Singh. Parallelly she is doing her anchoring and appearing in films. She is doing well in both the platforms and gaining a huge fan following.