Android 10 – Nokia Corporation established in 1865 is a Finnish Multinational Telecommunications, IT and Consumer Electronics Company. It was one of the original mobile pioneers, which had a great hold on the mobile market, before the days of the Smartphones. It launched its first android phone in 2014 and has since been regularly Smartphone technologies and rolling out updates. 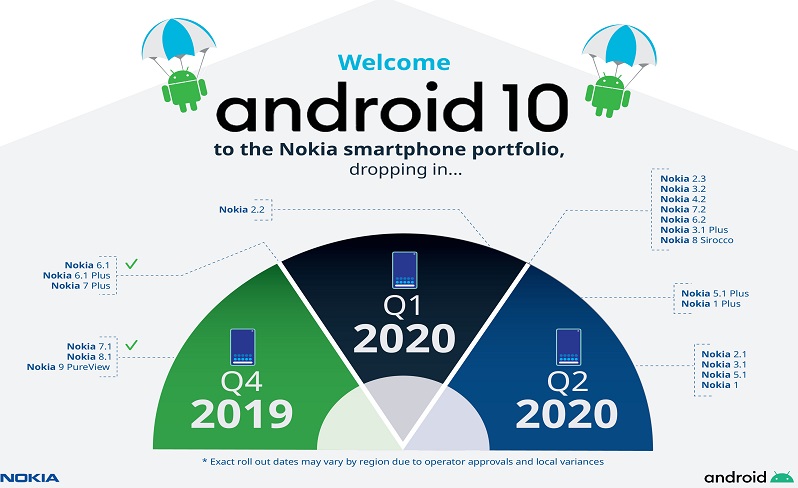 Full Specifications are listed below:

Android 10 is the tenth major release and the 17th version of the mobile operating system. Its initial release was on 3 September 2019. With every new operating system that google releases, it also updates several old features and adds many new ones, some of Android 10s new features include

Google officially added a dark mode to this new OS, which can be activated by a quick tile setting or via the battery saver option. This is surely one of the best android 10 features since it’s been the most requested.

A good step up from android’s old sharing system, the new sharing menu has much better functionality.

One of the most note-worthy android features is the so-called Focus Mode that enables the user to focus, by greying out distracting apps.

Now in Android 10, users can request for dynamic depth image, for in-depth editing in many third-party apps.

One of the most useful updates by google is to predict a suitable reply to any text message received on any of the messaging apps. A good way to save time when short replies are appropriate.

Two Chinese mobile brands could already use this technology for wifi sharing, it will now be available by Google, on other android phones too.

Android 10 will roll out a new way to access your phone’s personal assistant, which could earlier be used by long-pressing the home button. It shall now require an inward swipe from the lower corners of the screen of the Android 10 phones.

With Android 10, Google intends to send out important security and privacy fixes, directly to the user’s phone via Google play.

After a long wait, Nokia 3.1 5.1 will be getting the Android 10 update in India and a few more countries, here’s how the users can change their OS systems

Best Text To Speech Software 2023 Download For Free And Paid