The ESI Scheme was launched by the Ministry of Labour and Employment which intends to protect the workers in the case of illness, maternity, temporary or permanent physical disability, and death due to injury in work.

Any company or firm which employs more than 10 workers needs to register the employee under the scheme. The scheme functions under the authority of the Employees’ State Insurance Corporation which functions directly under the Government of India and according to the guidelines of the ESI Scheme, 1948.

The scheme allows the beneficiaries to avail themselves many benefits like medical treatment, maternity benefits, unemployment money, and pension money, disability benefits.

E-pehchan or ESI card is a magnetic, smart identity card that provided to all the beneficiaries under the ESI scheme. When the beneficiaries face a medical emergency, they can show this ESIC card in the hospital or dispensary to avail the benefits of the ESI scheme. The employees are given 2 cards- one is for their own use and another one for their dependents. There are certain ESI Hospitals where the dependents can avail the benefits under the scheme in case they don’t live in the same town as the employee. 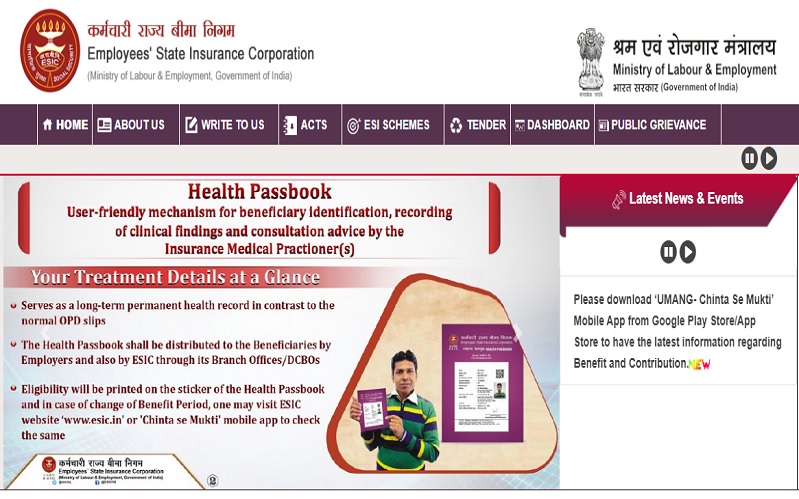 The ESI card consists of all the important details of the employee- their photograph, their name, father’s name, their permanent address, and their insurance number. It also consists of the photograph and fingerprints of the dependents.

Steps to obtain an E-pehchan card

The first thing to avail of an E-pehchan card is to download the ESIC application form from the official ESI website.

The employee has to submit a photograph of his family which has the photo of the employee with all of his dependents and the employer needs to attest the same.

Within the next 30 days, the beneficiary will receive the two sets of cards at his permanent address. If not, he might have to visit the ESIC branch to collect the card.

Features of the ESI pehchan Card

In case the beneficiary changes his job, he can still use the same E-pehchan card for availing of the insurance benefits. They just have to notify their new employer and give their insurance number to them.

The insured person can also change their contribution or benefits by registering in the ESIC portal using their insurance number.

If the beneficiary wants to update their information like a contact number or e-mail address in the ESIC card. Also, they inform their employer who updates it.

The E-pehchan card must be carried to avail its benefits in case of a medical emergency to provide in a hospital or dispensary. For more updates check Timesalert.