Gangavva is a famous South Indian Youtuber and actress. Before that, she uses to farm and have her livelihood. But one day she was approached by few people to act in their short fils. From then she became popular on youtube with her Telangana Dialect. Now in the year 2021, she also entered Bigg boss house as a contestant in season 4. Hope this will surely help in her career and improve her financial status. More other personal details about Gangavva is discussed below.

Gangavva’s full name is Milkuri Gangavva and her birth year is 1961. She belongs to Polasa, Andhra Pradesh but currently staying in Telangana for so many years. Gangavva is now staying in Lambadipally village in the Jagitial district. She studied until the first standard and had dropped out of her studies.

Before 2016 she uses to go for farm works and also roll cigarettes. Later her son in law Srikanth approached her to act in their youtube channel named My Village show. Initially, she appeared in guest roles. But from 2017 she also became a part of that youtube channel and received huge fans from the viewers.

Gangavva got married at her early age that is at the age of 5 years. She has four children out of which one died. Now she has a total of three children that is two daughters and one son. Her husband got migrated to another country and not returned to India for many years. Now she is alone staying in her village by doing farming.

Apart from youtube she also worked for a few films in the year 2019. Her debut film is Mallesham and her other film is ismart Shanker. In the year 2021, she received the Women Achiever Award on the vocation of International Women’s day. Ganga Avva received that award by Tamilisai Soundararajan, the governor Of Telangana. Now she entered BB4 Telugu to achieve what she is. So one who wish to support her can vote her through Bigg Boss Telugu 4 Vote.

Some Unknown Facts About Gangavva 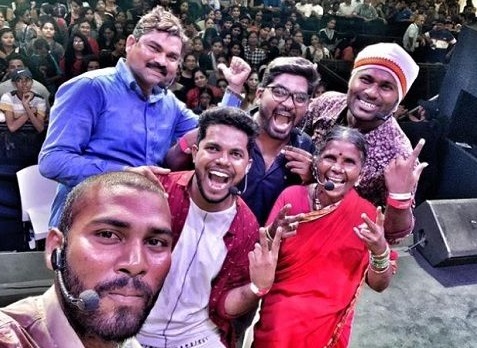 How to Change the Time on Fitbit