India is ruled by the British for 89 years, and after a great struggle and sacrifice, India is free. The Happy Independence Day is national holiday is a mark form nation’s Independence from the United Kingdom. Independence Day reminds us of the sacrifice of freedom fighters, and tens of thousands lost their lives to free India. 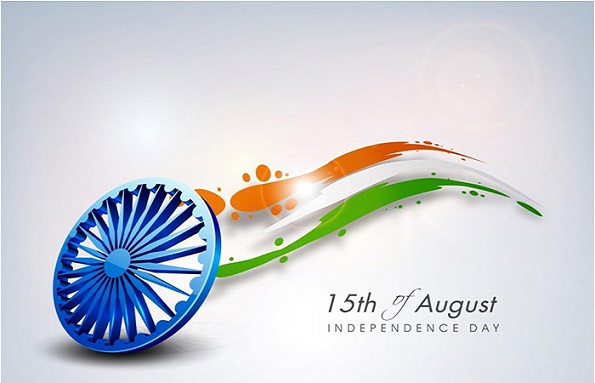 On August 15th, 1947 the Prime Minister of India, Jawaharlal Nehru lifts the Tri-color flag on the Red Fort in Delhi. From then on every Happy Independence Day, the P.M of that time will hoist the flag. His speech will have important events of Last year and plans for the coming year.

The day is celebrated all over the country in their way, but all represent the patriotic feeling towards India. These celebrations represent the honour and respect towards the freedom fighters who sacrificed their lives for freedom. 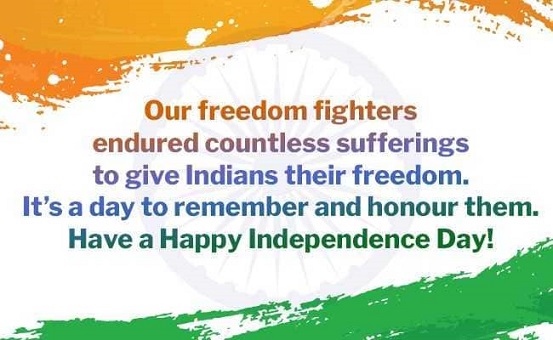 We should also remember the Indian military that is protecting the country at the borders to date, so make sure we are safe. They scarify everything to the nation and serve the country and are the reason we are celebrating happy Independence Day inside safely.

The President of India will address the Nation by delivering “Address to the Nation.” They pay tribute to the leaders lost their lives during the Indian Independence fight. All the states of the country will represent their state in these celebrations. 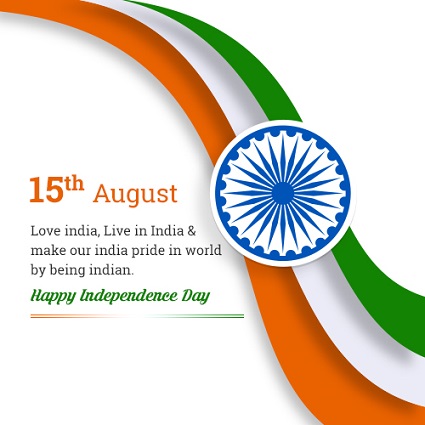 The Prime Minister will host the Indian Flag at Red Fort and Twenty-one gunshots are fired in the air in honour of the occasion. The speech is followed by the national anthem “Jana Gana Mana” and March past of different divisions in Indian Army Forces and Paramilitary Forces.

You will observe Flag hosting and cultural events celebrations in all government and non-government institutions throughout the country. Students also do road rally to remember the sacrifice of the freedom fighters and the importance of Happy Independence Day. 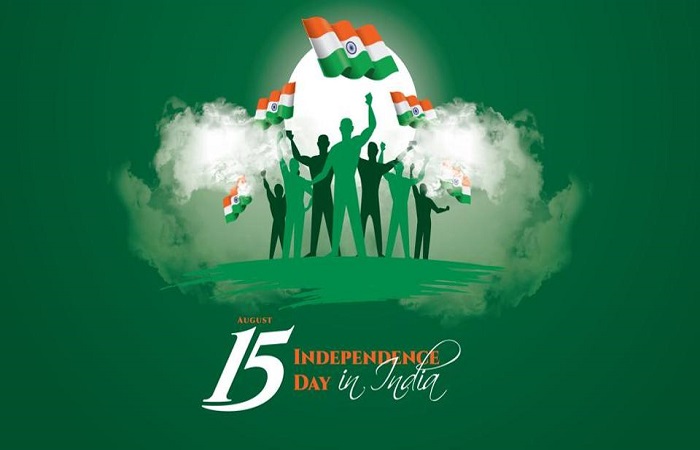 Independence Day observed in all states of Country and Union territories. Citizens of India celebrate the Day in different ways by hosting the flag in their areas and remembering the freedom fighters. All significant government buildings in the country decorated with the three colours lights and the kite flying adds the occasion. 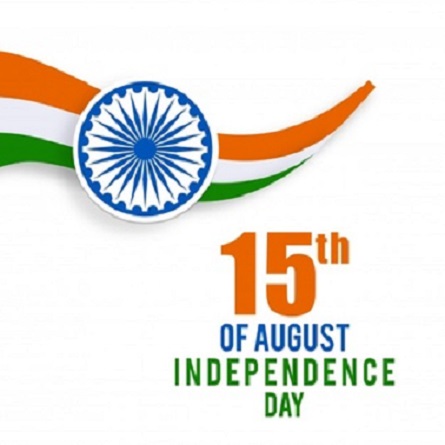 Many patriotic events conduct in the major cities of the country where people gather and celebrate the day. Happy Independence Day is significant for all the citizens of the country and Indians who are in abroad also mark this day.

Citizens wish each other and send images to the friends and family to celebrate. They also send Images in the social media platform for and celebrate the day. As we all use Smartphone people, send wishes, quotes, and Images to others. They also update the status with the messages of patriotic on Independence Day. 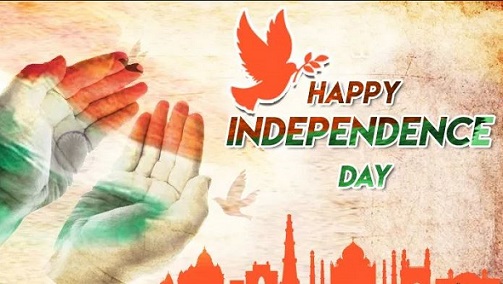 In this article, we will provide you with Images with messages on it so that you can post or send to others on this day. They will tell you the importance of the day and increase your celebration. 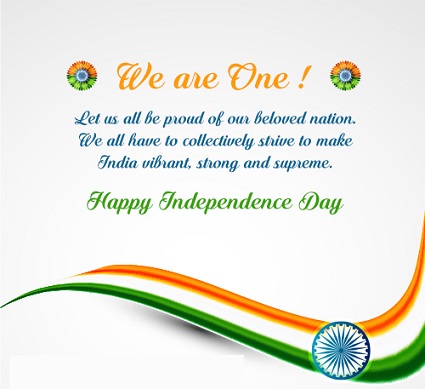 We also have the collection of quotes and wishes which you can send to others and celebrate the day. People will also update these quotes in their status of social media to represent their patriotic feelings. With time there are also changes in the way of celebrations among the citizens.

If a man takes away someone’s freedom, he no longer has his liberty as well. We need to unite and fight against people who think they have the right to own other people’s lives. Happy Independence Day! Let’s all celebrate the great Freedom!

On this particular day here’s wishing our dreams of a new tomorrow come true! May your Independence Day day be filled with patriotic spirit!

It’s been more than two centuries since our grandparents won our first crucial battle, but we still feel the taste of freedom and independence. It is something we will cherish until the end. Happy Independence Day!

Happy Independence Day to everyone, I wish you all faith in the words, freedom in mind and pride in your souls. Let’s salute this glorious nation on its Independence Day!