Kaun Banega Crorepati new season for this year is ready to make its premiere launch. It has been 19 years that fist season started and running successfully every year with huge fans and rating. Amitabh Bachchan will host Kaun Banega Crorepati which is the Latest season.

It will telecast for 13 weeks from Monday to Friday, which is 65 episodes. Kaun Banega Crorepati Season 11 gives a chance to viewers to participate in the show. So, we will provide the complete details on how to play KBC Online and Registration.

The show has become everyone favourite, and it helps many to reach their financial goals. The last season of Kaun Banega Crorepati was an immense success and had popularity all over the country.  It is the first that started the show in Indian Televisions. The participants should answer the questions carefully with correct answers, and they can become a millionaire. 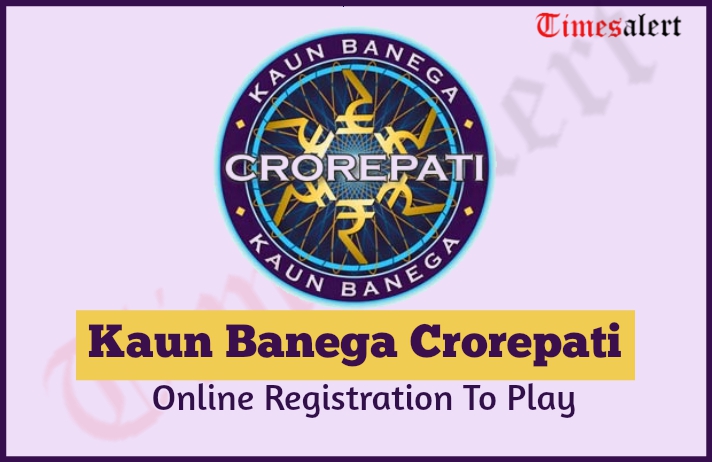 KBC is a game show that depends totally on the contestant’s general knowledge. Different zones of questions put to the participants with options and an increase in the level of difficulty. The participants will gain an amount for every correct answer and one wrong answer; he losses all the cash prizes.

There are also safe points when the participant reaches this level; he gains a particular amount for sure. The Kaun Banega Crorepati Season 11 theme is “Vishwaas Hai Toh Khade Raho”, and it retained the KBC Karamveers from the last season. The opportunity for the viewers to play is new this season.

You can watch the show on Sony TV Channel, and the first episode telecasted on August 19th, 2019. Kaun Banega Crorepati is aired from Monday to Friday at 9 PM. The first teaser of the show released on 10th July and the registrations of participants started on from 1st May and are close now. So, the participants who miss the opportunity than can now participate in the show online.

The new elements of the season are Lifelines, karamveers and Online registration to play. The viewers can play the game by sitting at home and can gain some exciting prizes. The winner list among the viewers announced at the end of the episode.

It is the special episode on every Friday where the Kaun Banega Crorepati will celebrate the with real-life heroes on the hot seat. The game on this day is for a social cause, and sometimes the Karamveers is also accomplished by celebrities. The cash prize won in this is given to the trust regarding the purpose.

Kaun Banega Crorepati Season 11 game has lifelines for the participants. It has audience pole, 50-50 lifelines in the game. The other help is to make a call to friend lifeline. If not, the participant can “flip the question” that will bring the opportunity to replace the question with another.

It is the new element of the show this year where the viewers get a chance to participate. You can win prizes by sitting at home and watching the show. For this, the viewers of KBC show should register online in the App to participate. Here are the steps to complete the registration process for Kaun Banega Crorepati Season 11 play online.

How To Play KBC Online Registration

Download links for SonyLIV for both Android and it is available for both Apple phone and TV.

For regular updates keeping checking the SonyLIV App regularly and you can check Timesalert for more information.