The Orville Season 3 is an American comedy-drama television/web series, which is generally about science-fiction. After its two successful seasons, Orville is now set to launch its next season.

A space adventure series set 400 years in the future and it follows an exploratory spaceship, with MacFarlane as the captain of the spaceship. The display depicts the ship’s crew’s adventures, which typically include planet discovery and trips to different areas of the galaxy.

The Orville Season 3 released weekly rather than all at once, as is normally the case for streaming services, a move that has sparked debate on the best way to deliver streaming content. Although shows like Amazon Prime’s The Boys have recently been chastised for releasing episodes on a weekly basis, The Orville should be able to avoid this criticism because, as a network television show, it has never followed a full-season release.

The increased need for creative control comes with the change in creative independence. This seems to be the primary explanation for Seth McFarlane and co-producing producer John Cassar taking over the reins and directing Season 3 on their own. 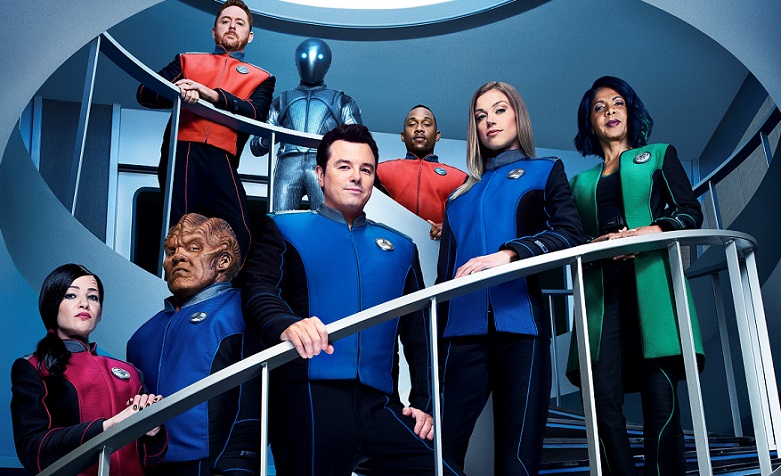 Bringing on guest directors in the past has benefited The Orville, including sci-fi heavyweights like Jon Favreau and Brannon Braga. However, now that the show’s overall format is shifting dramatically, McFarlane and Cassar want to concentrate on expanding the plot without being influenced by other directors.

Season 3 expected to focus on storytelling and on action-based narratives. Following critical and fan acclaim for Identity, Parts 1 and2, the best episodes of the show. Director Jon Cassar said that creator Seth MacFarlane “wants to make this year all like that.”

Most of the previous season’s cast are returning back consequently in the coming 3rd season. The cast confirmed, with one former member returning.

Starting with MacFarlane, the star and creator of the series is on the role of Captain Ed Mercer. Then accompanied by Adrianne Palicki as the commander Kelly Grayson who is the first officer of The Orville and also the ex-wife of Ed Mercer. Penny Johnson Jerald comes as Doctor Claire Finn who is the chief medical officer on The Orville.

Lee as Lieutenant John LaMarr who is officially the navigator of The Orville. Mark Jackson cast as Isaac who is The Orville science and engineering officer. Jessica Szohr coms as Lieutenant TallaKeyali who is the ship’s second Xelayan Chief of Security. Chad Coleman, who plays Klyden, is another new face joining the cast as a recurring character and at last comes a new face, the beautiful Anne Winters starring as Charly Burke. For more entertainment updates check Timesalert.