The Indian economy’s backbone is its Agricultural center. Agriculture is mainly based on farmers and the land they use for cultivation. Farmers are really important as they are the ones who provide everyone with food. So farmers provided with more financial support from the government.

To support farmers, the Government of Telangana has launched a new scheme known as IFMIS Telangana ‘Rythu Bandhu’. It is nothing but an agricultural Investment Support Scheme, which is put forward in the Kharif season of 2018-2019. An amount of Rs 12,000 crore donated by the government of Telangana from that year onwards.

The Government of Telangana’s Chief Minister has launched a scheme in the name of Rythu Bandhu to provide farmers with Agricultural Investment Support. The main objective behind this scheme is to decrease the burden of loans and debt on the farmers, which they take to buy raw materials and other inputs like seeds, pesticides, insecticides, fertilizers, etc.

For this scheme, the government of Telangana has sanctioned an amount of Rs. 12,000 Crore for the year 2018-19. Every single farmer will get an amount of Rs. 4000/- per acre every single season. Only the farmers having cultivated lands presently are capable of receiving this amount. Before now, this amount was given to farmers having any type of land.

You can simply check the status of your Rythu Bandhu Scheme. The following are the steps to check Telangana state Rythu Bandhu Pathakam status-

The government of Telangana is giving out Financial Support to farmers who have active cultivating lands i.e., who have cultivated lands rather than commercial lands or lands that they don’t use. The government of Telangana State distributes this amount by making use of the E-Kuber system owned by the Reserve Bank of India (RBI). The E-Kuber system made by RBI as a Core Banking Solution (CBS).

You can simply download the Rythu Bandhu App from the official Online Portal of Rythu Bandhu. Follow the steps to do it-

You can log on to this link where the Payment status for E-Kuber Schemes (Rythu Bandhu Kharif, Budget Bills, Kalyanalakshmi(old), Milk, Scholarships) in a state-wise manner is given. Using this link, farmers can check the status of their payment or money by putting in their PPB numbers. 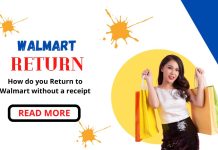