Teenmar Savitri Shiva Jyothi is well known as a Tv anchor who seen in V6 channel. Her actual name is Shiva Jyothi, who belongs to a middle-class family. She, with her skills, became a popular newsreader in Telangana and is known as Teenmar Savitri Shiva Jyothi. Her popularity has increased with the show she did with Bithiri Sathi in VC6 Channel. It gave an excellent reputation to her anchoring career. Now she is soon going to be seen in Bigg Boss Telugu Season 3 which is going to start in July on 21st. I hope this will give her more opportunities ahead. More other details like her biography, profile, marriage details, and more discussed in the below sections.

Before starting her career as a newsreader, she joined nurse course. But she discontinued her degree in nurse and entered into the media field. Teenmar Savitri seen on the television screen as a newsreader in V6. The show gave her great popularity and fame for her voice and the slang she exhibited in the show. Later seen in some shows, which gave her a positive response from the Tv audience. Her date of birth is 14th February, and she was born in Nizamabad, Telangana. She is 52 Kg in weight, and her height is 5 feet 2 inches. Her eye and hair color is black.

Shiva Jothi, who is popularly known as V6 Savithri, was born to a couple of Rajamallesh and Yashodha. Her father is an RMP doctor in their village named Nagampetta in Muppakal Mandal, Nizamabad district. Her mother is a beedi worker. Teenmar Savitri completed her primary education in her hometown. That is til 7th Grade she completed in Nagampeta which is her birthplace, and from 8th to 10th she walked 8Kms to study and complete her SSC. Then her Intermediate at Armor.

Since her father is an RMP doctor wishes her daughter to become a nurse. So she joined BSC Nursing in Hyderabad Yashoda. But due to some reasons she discontinued the course there and completed her degree from the open university. Later she begins her career as a News Presenter in V6. 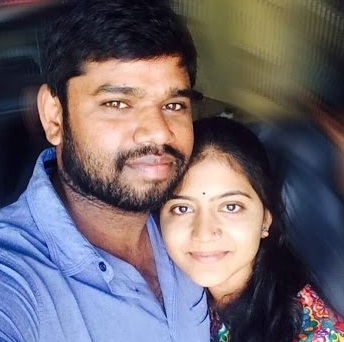 Here in this section, we are sharing her social profiles on Facebook, Twitter, and Instagram. According to few reports, Teenmar Savitri or V6 Savitri is soon going to be seen on Television for the next 100 days in a TV reality show named Bigg Boss. Earlier this show has conducted two seasons where everyone knows. Now in this season, the show is hosted by Akkineni Nagarjuna. I hope this show brings excellent fame to her acting career.

Some Unknown Facts About Teenmar Savitri

For other updates and Tech news check timesalert.