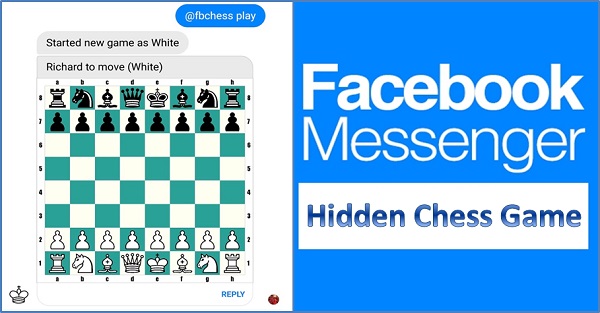 How To Play Hidden Chess Game On Facebook Messenger

1) To unlock and play the game type @fbchess play in the conversation box of Messenger app. 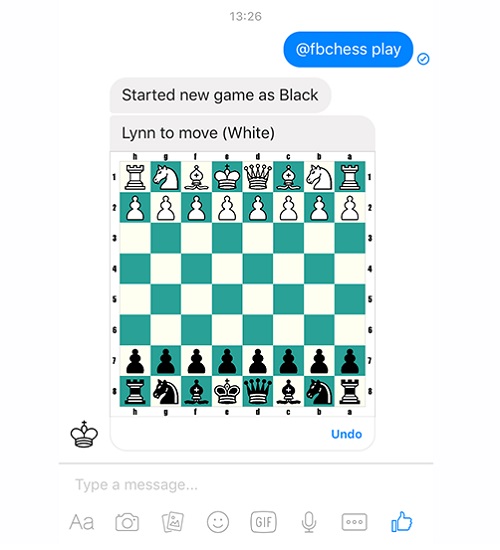 2) The user who has opened the game will be assigned white side.

4) To move the chess pieces, you have to enter @fbchess with the chess piece letter, for example to movie Pawn to the space labeled F3 on the board, you need to type “@fbchess Pf3.”

4) You can also get help from the game by entering @fbchess help in conversation box.

5) If you want to undo a step or movie, just type @fbchess undo command in the box.

6) If you want to view the chess board in larger size, go to menu setting and select full conversation.

How To Earn 10000 From Hike Tips and Tricks Referral Code