KSFE is a Financial Institution in Thiruvanthapuram, Kerala. It provides Chitty services. A Chitty as the name suggests derived from the word Chit. Chit is a small piece of paper on which something or some names written. A person then collects such similar Chits and puts them into a big container.

All these names are hidden and mixed to avoid partiality. Then a person at random picks up a chit to decide the name of the winner. Hence Chit is in some way related to a Chit Fund. So in the below section, we gave some details about the KSFE Chitty Scheme.

KSFE allows monthly instalments from Rs 1000 to Rs 5,00,000. The duration for these chittes varies from 30 months, 40 months, 50 months, 60 months, 100 months. It conducts Chitties according to the guidelines given under the provisions of the Central Chit Fund Act 1982. KSFE is a private Chit Fund operator company formed in 1969. In KSFE Pravasi Chitty a maximum of 25% of the whole money is reduced and then given to the subscriber. However, the reduction entirely depends upon the number of subscribers. KSFE provides a variety of deposit and loan schemes.

KSFE schemes come with lucrative benefits along with other advantages:

What is a Chit & What are Chit Funds?

The Chit Funds Act of 1982 defines Chit, Chut Funds, Chitty as a contract between the head of the financial institution and the Subscribers of the Chit. Subscribers are the group of members who have purchased funds under Chit. For the conducting of the Chit process, the company requires its subscribers to remunerate the organizing company with some money. Such money charged at either monthly intervals or withdrawal.

A chit funds at a decided date and finishes after the number of months as equal to the number Subscribers. The chit funds act as a credit scheme as the subscriber can access the vast amount of money even if he has not made the full payment. In the case of a recurring deposit, the money only borrowed until the limit of the amount it has paid. However, in a chit fund, this condition is eliminated.

So for instance, if the monthly instalment for each month set to Rs 5,000 and if there are five subscribers then for the first month’s pool, a total of Rs 25000 will be there. An auction held for the price that is less than the total pool. If any subscriber accepts it, then the rest of the amount is distributed amongst the other subscribers( after necessary deductions).

The balance was remaining in a Sugama account used as a security against liability in chitty schemes. These schemes let the subscriber keep his necessary documents and deposit a certain amount of money. The instalments for months can be adjusted. In addition to this, it allows the subscriber to earn interest on this money. In this, the funds required for the chitty product first secured, and then the instalments adjusted.

The deposit amount shall make at least of that much as it may cover any liabilities. Subscribers can avail of an interest rate of 5.5% over their deposit, and they can withdraw it. This extra amount removed only when all the liabilities have finished, or the subscriber has provided any other security to the bank.

In a short term deposit, a subscriber can put his funds for a short duration ranging from 30 days to 364 days in total. Short Term Scheme deposits act as security for every product offered by KSFE. It also provides a lucrative rate of interest on the total deposit amount as compared to other national banks. The minimum deposit under this scheme is of Rs 5,000, and the deposits in multiples of Rs 500 made at KSFE Chitty Scheme 2023.

The chit prize money deposit is 7.5%, and for any deposit made by a senior citizen, the interest rate is 8%. The rates are per annum. The total benefits in actual get increased because the instalments paid monthly.

The scheme intended to benefit the chitty members. It allows the members who have won the prize to deposit this scheme. The collected amounts shall not be more than the total amount which the subscriber has received.

The deposits under this ensure security against any liability. The deposit starts from 30 days after taking a chitty and last till the chitty date expires. The subscriber can get his funds clear after he has provided KSFE with any other security.

The chitty loan is for those subscribers who have invested in the Chitty Prize draw, but they can’t get the prize amount in their favour. In such a case, they can avail the loan if they have remitted 10% of instalments.

Such members can avail advance money of up to 50% of the total Chitty amount. The interest rate for simple accounts under the loan is 13%, and for the defaulter bank account, the rate interest charged at 15%.

The maximum loan that availed under the scheme is Rs 75,00,000. The interest of the loan debited from the monthly chitty prize.KSFE Chitty 2023 offers other attractive loans like Home Loan, Car loan. Personal loans and has different remittance options for them.

KSFE welcomes Malayali people who are living outside the country to contribute to their state by investing in chit funds. The deposits made by you help KSFE generate revenue which used for maintaining the institution KSFE. It has now made it easier for NRI interested candidates to apply for its deposit funds. And for the same purpose, it has released an online portal, KIIFB. It helps those people who settled outside India and want to invest in KSFE.

KIIFB is an institution owned and regulated by the government to take care of developing projects of the Kerala state. KIIFB is an online portal to help foreign investors with deposits. With its 24*7 grievance solutions, it has made investments more accessible than ever. Since deposits by NRIs help generate revenue for KSFE and state, KIIFB is the regulating authority for NRI Chitty funds.

KSFE Pravasi Chitty Scheme and NRI Chitty funds come with various benefits like insurance cover along with chit prize amount. The prize amount can withdraw by producing any of the securities like Bank Guarantee, Gold Security, Insurance Policy. To apply for a KSFE Pravasi Chitty fund, you can visit the online portal and follow the on-screen instructions to register and invest. For registration, you will need:

For National Residents of Kerala, you need:

The online payment option for KSFE is available only for NRIs or NRKs. For the rest of the citizens, they need to visit an offline physical branch to register themselves or to make a payment. However, you can read more about KSFE Chitty by visiting their online portal. If you have any doubt, call on their KSFE helpline number 1800 425 3455. For any other updates, check Timesalert. 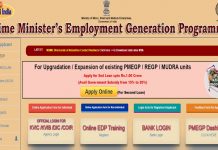 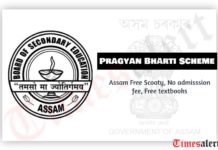 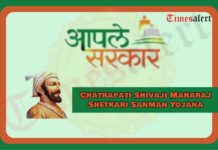